You are here: Home / Technology / Carousel by Dropbox Available on iPad and Web 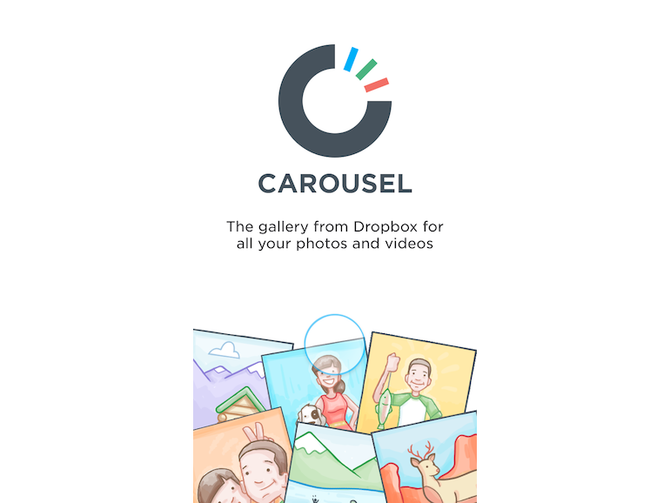 Carousel, the Dropbox app that backs up your photos and displays them in a ‘carousel’, automatically, is now available for Apple tablets and the Web.

Earlier this year, Dropbox announced a new app for both IOS and Android, designed for people who have a large amount of photos on their smartphones and are looking for a way to better organize them. The App was used as a gallery of all the photos and videos from your life, merging the gallery you had on your smartphone with the one from your Dropbox. Carousel would also automatically back up new photos as you captured them.

The idea behind Carousel is to make an easy accessible gallery that offers you the ability to view your photos by time, date or event.  You can also share different photos and videos with friends or receive shared media.

Now, the smart app and its features is available for iPads and web, the Android version coming soon.  However, some of the features that the smartphone app had will not be available on the web version, like the scroll wheel interface or the ability of uploading photos to Carousel.

Another downside of the app is that it doesn’t have any sort of photo editing feature, making it a bit stuck up compared to similar applications, especially since it’s not actually cheap. The app first comes with 2 GB of free storage space and another 3GB can be accessed if you sign up for Carousel.

If you have (and many of us do) more than 5 GB of data and want to use Carousel, you have to start paying $10 per month and have access to one terabyte(1000 GB) of storage space. This can actually seem expensive since there is no possibility to choose a different price plan between 5 GB and one terabyte.

On other virtual storage spaces such as iCoud or Google Drive, the prices range from $1 a month for 20 GG to $4 a month for 200 GB. Also, a terabyte of data comes free if you choose Flickr (not ad free).

Dropbox blames the high price on the fact that companies afford to give away storage space because they have other income possibilities. Apple has their hardware, Google and Yahoo have the ads and Amazon has e-commerce.

However, if Dropbox wants to give a really good paid service to the public, they need to work more. Carousel still has a lot of space for improvement.