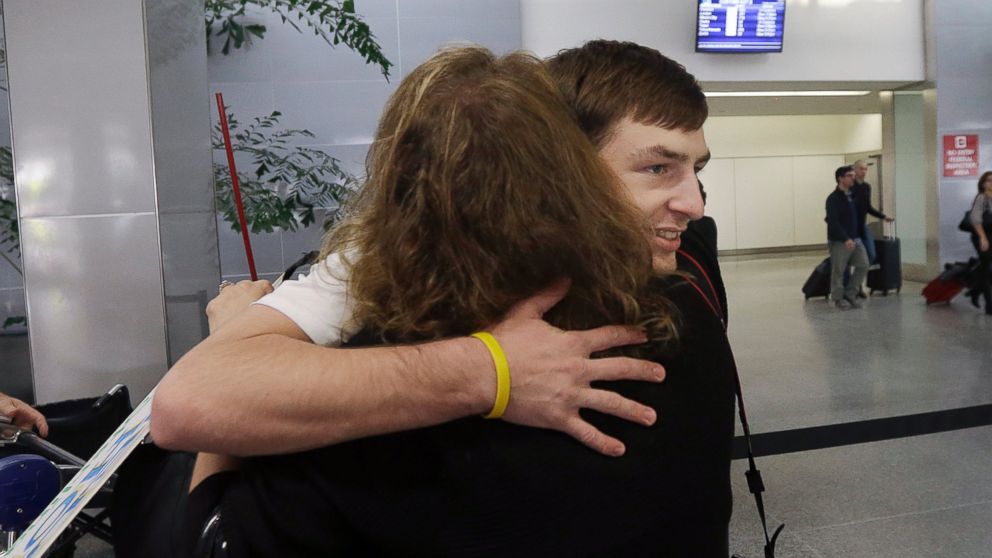 Four Californian teenagers just returned home on Tuesday after being detained in Russia at a youth leadership conference and interrogated by police.

The students were detained on Thursday in St. Petersburg and were only allowed to leave the country on Monday. They apparently possessed a wrong type of visa. The four teenagers had to pay a fine of $110.

“I believe we got caught up in a bigger case than what it should have been. We never felt unsafe, our safety was never in question, but we were definitely feeling uneasy not knowing who was listening to us and who was following us–we had pictures taken as evidence that was kind of taken in a discrete way.”

Sterling Winter, one of the teenagers in question, said.

Everything began on Thursday when members of the California Association of Student Councils were meeting Russian counterparts in St. Petersburg. Their meeting was suddenly interrupted when Russian authorities barged into the room and demanded to inspect the four Californian students’ travel Papers. Jennifer Phan, Sterling Winter, Liana Randazzo and Quygen Ngo took authorities to a nearby hotel to retrieve the documents, however, authorities deemed the papers insufficient.

The four Americans were brought to an immigration center approximately 50 miles away where they underwent interrogation about their purpose in Russia. They were later brought to a judge who required additional information and postponed the hearing for Monday. The students were allowed to return to their hotel and although they continued to sightsee over the weekend, the situation generated tension and confusion.

“This was a political statement the Russian government was trying to make,”

Scott Winter said after picking his son up from the airport.

Later statements made by Yulia Nikolayeva attempted to justify Russia’s actions. According to the Russian Federal Migration Service Representative, all four Americans had entered the country on tourist visas. Their activity, however, was considered “social-political” and as such, the visa did not correspond.

“If they get a sense of an American organization or any foreign money is coming in, then they have to register as a foreign agent,”

June Thompson, executive director of the California Association of Student Councils said, explaining that Russia is often sensitive to the idea that Westerners may come to their country attempting to teach locals about political activism.

The teenagers explained that multiple Russian newscasts had portrayed them as brainwashing Russian students.