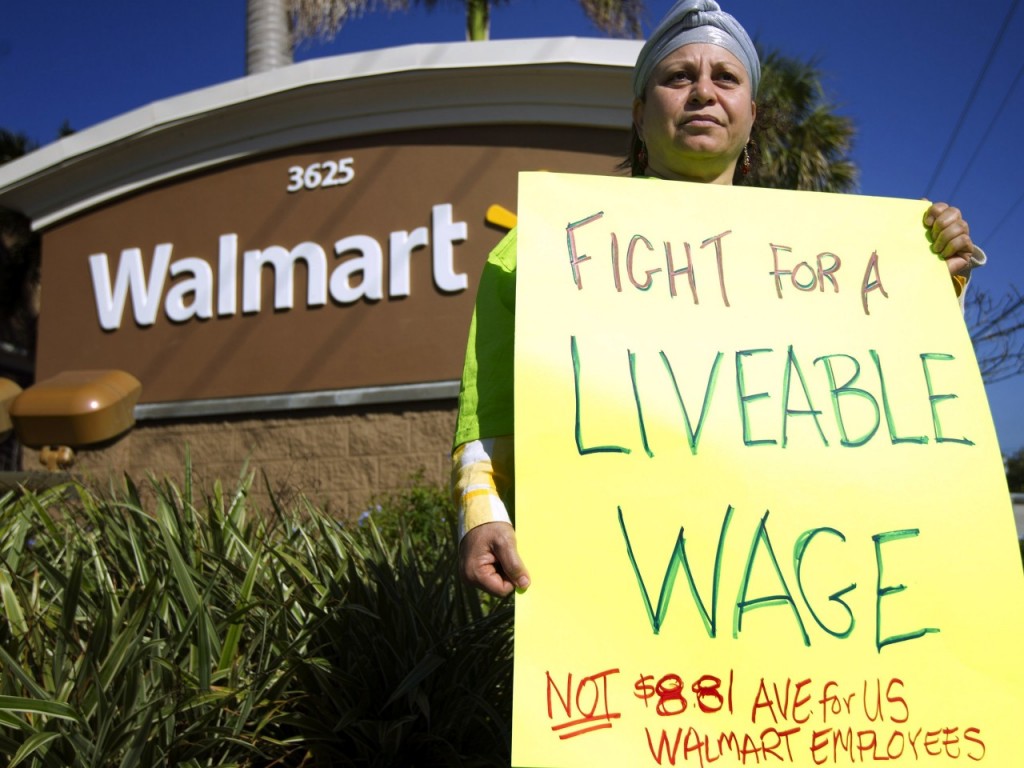 On last Friday morning, customers were surprised when heading out for some post-Thanksgiving shopping and were instead greeted by crowds of protesters in front of over 1600 Walmart stores all over the United States. The protesters were groups of Walmart employees and activists alike, demanding higher wages and better working conditions from the company.

The protests at Walmart are considered probably the largest ever organized against the company and has been put in motion by the Organization United for Respect at Walmart (OUR Walmart). Protesters spoke out their dissatisfaction with not only the wages offered by their employer, but the lack of a stable work schedule as well. Their demands include a raise to $15 an hour and a more consistent full-time work. Protesters grouped up then proceeded to march through the parking lot and to the entrance of stores, encouraging by-passers to join in and chanting slogans, asking for better working conditions from the largest private employer in the US.

In their defense, Walmart has stated that the protest groups gathered on their stores’ doorstep were mostly groups of union paid demonstrators and not representative for the 1.3 million employees of the company. In addition, Walmart changed its scheduling practices back in April, to allow their employees to sign up for extra shifts. At the same time, management insists that over 170,000 employees working in full-time positions were promoted during the past year and that almost half of the company’s associates earn at least $25,000 a year wages.

The central theme of the protests at Walmart this year has been hunger. Employees complain that with an average wage of $12 an hour, subsistence is difficult and that even the most basic can’t be satisfied in such conditions. One employee explained how she has to live off a $9.40 an hour wage and ends up working up to 40 hours a week despite her contract placing her in a part-time position. That does not allow her to look for another part-time to help with the situation and she claims that she is forced to live off “this kind of cheap food”, unless it happens that sometimes there isn’t even enough money left to buy that. OUR Walmart has started a Hunger Games themed Tumblr page that Walmart employees filled with images of their stories living off the company’s wages and conditions.

In spite the situation, no Walmart employees walked off on their jobs to protest, although some moved their shifts around to be able to take part in the event. This did not stop shoppers from taking advantage of Black Friday deals, although the Galleria Mall in Richmond heights had to be closed off until the 200 person crowd cleared out.