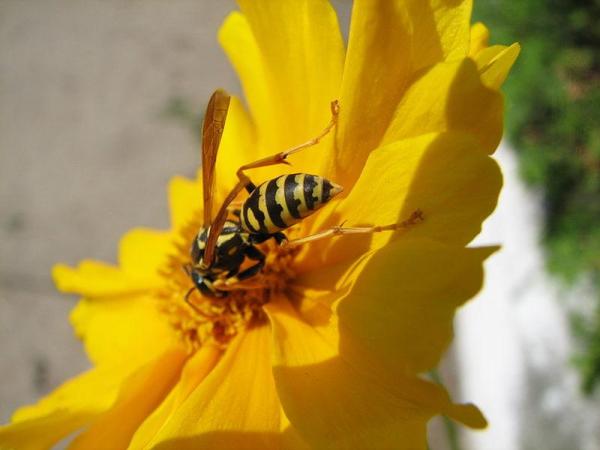 As claimed by reports, a huge yellow jacket nest found near Moncks Corner in a camper has been removed.

The 10 feet long nest was described by a man from South Caroline that earns his living by extracting bees from houses, cars and trees as being the biggest yellow jacket hive in the whole country. Owner and operator of McCool’s Wildlife Control & Bee Extractions, Eric „Critter” McCool told the media he had to go inside to pull all the paper, all the brood and the entire hive which gave him quite the adrenaline rush.

McCool said the nest was 2 feet tall, 7 feet wide and about 10 feet long. He claims there were more than 350,000 bees in the nest and that the bees would have taken about two years to build the colossal hive. He said:

“I was virtually inside the nest. It was very hot, stuffy. It was like crawling through a bunch of cushions, and you could feel them buzzing against the bee suit”.

The nest filled almost the whole camper and it contained 37 queens that were extracted by McCool by hand.

Colleagues of Mr. McCool suggested to him that he better use pesticides or just burn the entire nest but McCool decided to vacuum out all the yellow jackets and rip the nest apart. He said the operation took about 7 hours to complete and that he did not use any pesticides. The hardest part was the extraction of the queens he said. After their capture, the bees were released, but Eric said that most of the bees will most likely die in an absence of a queen to follow and because of the cold.

Yellow jackets are part of the wasp family. They are about the same size as a typical honey bee but tend to be more aggressive than them and are able to use their stinger more than once. Also, the sting can be very painful. Yellow jackets can kill weevils and caterpillars, making them very good pest predators against the garden annoyances but they are many times feared by people.

Their nests are normally very big and there can be many bees in them. A huge nest was also found in the ‘90s in Charleston County believed to have had 250,000 bees in it.