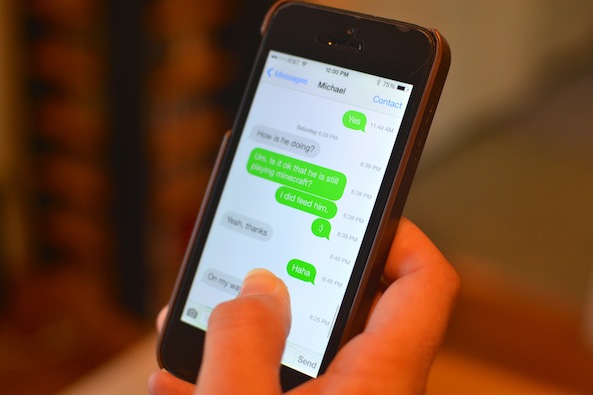 Apple is currently facing a lawsuit addressing the company’s way of handling the iMessage app and, only hours after Apple finally answered years of users complaints and issued a tool correcting a bug in message routing, a California judge ruled that the lawsuit against the company would be advancing.

After the company introduced its iOS 5 on October 2011, messaging changed completely. Text messages began to be rerouted through Apple’s iMessage system rather than the traditional SMS infrastructure. This meant that any user switching from iPhone to any other device would have problems. Messages that former Apple users would have received through the iMessage system would no longer be sent to the new devices, and as such, they had no way of receiving messages.

On Monday, Apple announced a new website allowing users to deregister their phones from the iMessage system. This site marks the end of advice to Apple users that the problem could be solved by either inserting the SIM card into their old iPhone or by contacting Apple Support.

However, the lawsuit wasn’t at all affected by the website’s creation. Adrienne Moore was the one to file the suit against Apple after switching to a Samsung Galaxy S5 from her iPhone4. She alleged that Apple interfered with her wireless service when it failed to deliver her messages. She accused that the company broke California consumer protection laws. On the other hand, Apple insists that Moore’s arguments fail to meet legal standards for such a complaint.

While Judge Lucy Koh dismissed two of Moore’s claims, she allowed the third to go ahead, agreeing that Apple failed to deliver the text messages and in so doing, it deprived Moore of receiving a service she had paid to receive.

Moore has decided to seek class action for her claim so that other users who feel that Apple has done them wrong can join her in the suit. She asked that the undisclosed amount of damages be set during the jury trial.

Koh has asked Moore and Apple to undergo mediation in order to settle their differences.

“Plaintiff does not have to allege an absolute right to receive every text message in order to allege that Apple’s intentional acts have caused an actual breach or disruption of the contractual relationship,”