You are here: Home / Tech & Science / $325 Million Deal for Supercomputers Signed by Dept of Energy 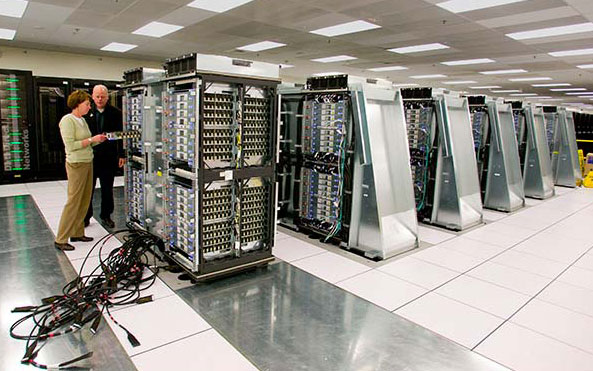 Despite its many growth issues, IBM has just landed a major deal when the US Department of Energy signed the #325 million arrangement for the supply of supercomputers. Apart from IBM, other companies such as Mellanox and Nvidia were also included in the deal meant to supply the department with supercomputers that would allow the ultra-fast analysis of data for national security, scientific research and defense purposes.

According to IBM statements, these new supercomputers will be able to perform at more than twice the fastest speed of existing supercomputers while also reducing energy consumption and data in motion.

“IBM’s data-centric approach is a new paradigm in computing, marking the future of open computing platforms and capable of addressing the growing rates of data in motion”.

Nicknamed Sierra and Summit, the supercomputers are scheduled to go online in 2017 and 2018 at the home of some of our world’s fastest supercomputers: the Oak Ridge and Lawrence Livermore National Laboratories. Additionally, the Department of Energy has just announced an additional $100 million program aimed at continuing the development of faster machines.

However, the whole idea is to not have to move so much data to begin with. Oil and gas companies, nuclear research labs and other sophisticated data-crunchers can sometimes work on enormous datasets which can take over a year to produce an answer. When such large amounts of data have to be moved back and forth between memory and storage to the CPU, computing resources can be used up to 90%. In order to counter this, engineers from IBM developed what they call a “data-centric” approach.

In this approach, processors are developed where data resides (either as attached storage or in different levels of server memory). Consequently, compression and Java acceleration, as well as other operations can be done simultaneously.

“Think of it as paring the flow, diverting rivers into streams or trickles,”