You are here: Home / Tech & Science / Wild Chimps Teach Each Other How to Use a New Tool 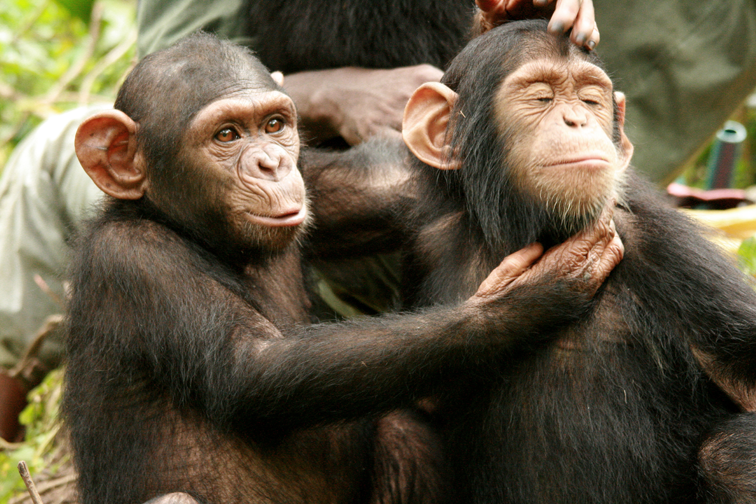 The circulation of ideas has long been thought to be one of the defining human traits. Our cousins, the chimps, seem to spread ideas from one community member to another as well, according to a study whose results have just been published in PLOS Biology.

Chimpanzees use tools, a characteristic that has been observed for a long time now. But exactly how they learn to do it has never been seen in the wild until recently.

In 2011, a researcher noticed a chimp who displayed a novel type of drinking water in the Ugandan Budongo forest. Nick, an alpha male chimp used a sponge made out of leaves and moss to collect water, while other chimps only used one-time leaves. Moreover, Nick used the new tool repeatedly. He was copied by a female chimp soon after.

After one week, researchers discovered that seven chimps were using the moss sponge in the same way. It was a definite proof that chimps adapt their behavior and the adoption on innovation is incredibly fast. Researchers were surprised that Nick had the original idea, as he did not previously exhibit such creative behavior.

Thibaud Gruber of the University of Neuchatel in Switzerland, the paper’s lead-author, thinks this example is highly useful to understand the human evolution.

“This study tells us that chimpanzee culture changes over time, little by little, by building on previous knowledge found within the community. This is probably how our early ancestors’ cultures also changed over time. In this respect, this is a great example of how studying chimpanzee culture can help us model the evolution of human culture,” Gruber said.

By using network models in the analysis, they reached the conclusion that innovation spread is related to closeness and can be considered an example of a cultural act. But not all chimpanzee communities use tools. Others use different types of tools to do the same job.

The results published today will stir heated debates among zoologists, as some claimed that humans are the only ones capable of cultural behavior.

Captive chimps have been taught to do various tasks, even to recognize letters or say basic sentences in English. Their adaptive behavior has been observed in multiple instances. The team is happy to have observed such a creative behavior in the wild, as this is a incredibly rare opportunity. Basically this is live evolution.