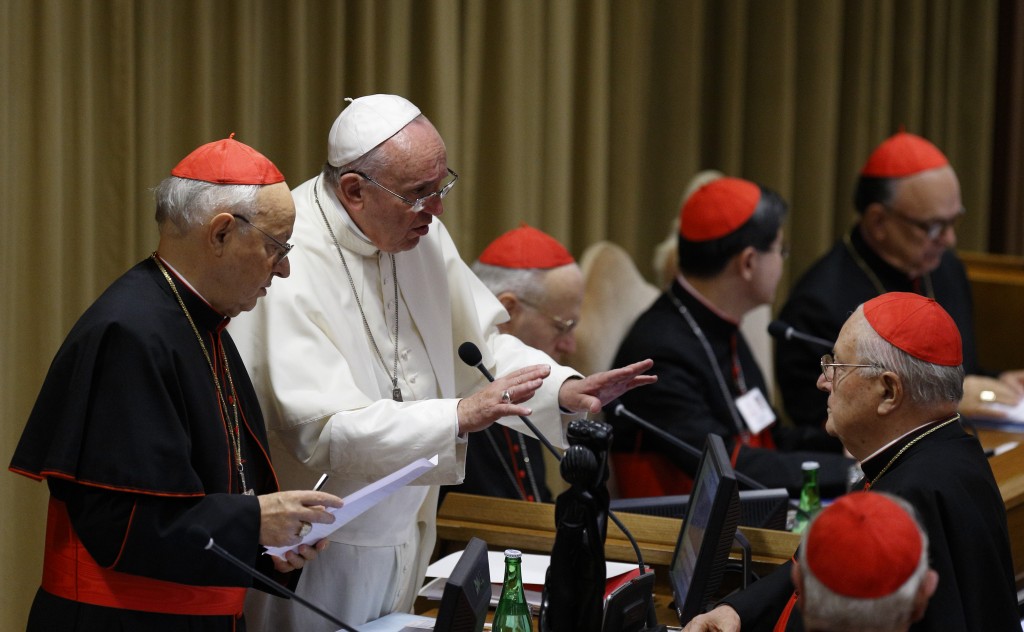 Bishops around the world gathered together for a two week extraordinary Synod of Bishops on the family matters. Halfway through the gathering they released an unprecedented document addressing Vatican gay approval.

During the Synod Pope Francis succeeded in raising awareness on the gay community with his recently released news about gay families, recommending all the attendees to speak clearly and sincerely about the issue, without fearing it might disturb him or others.

There is a general mixed message about same sex families; the tolerance seems to be at a different level than in previous releases. Although they still recognize only marriages between a man and a woman, compassion is shown for other types of sexual arrangements.

The Synod, consisting of 200 bishops, gives a clear message of Vatican gay approval, but only through the efforts of Pope Francis to focus on a positive understanding of sexual diversity. The Synod has no legislative power; it only functions as an advisory board, with the pope being able to refuse his recommendations.

Unlike the previous pope, Francis doesn’t use disregarding labels when talking about the gay communities and individuals, focusing more on their “gifts and qualities”. Moreover, he is the author of one of the most tolerant remarks ever made: “If a person seeks God and has goodwill, then who am I to judge?”. Another small success comes in how divorced individuals who remarry outside the Roman Catholic Church are treated. The Synod recommended increased tolerance in dealing with them, the released document insisting that pastors should “avoid any language or behavior that might make them feel discriminated against.” The document also addressed some of other sensitive issues, like the education of children from mixed-faith couples.

The paper received major support, as well as negative reactions. One of the strongest was from Voice of the Family, an association who called the document “one of the worst official documents drafted in Church history”. Although the Church officials said it is still a “work in progress”, the strong reactions indicate the ever-changing policies that became ordinary part of Pope Francis agenda since his installment.

Pope Francis’s attitude is not a surprising one, he is the reformist of the Catholic Church and he is credited with much attention and hope for the modernization of the Church. He is seen as a vector for the implementation of a more realistic agenda for the Catholic Church.