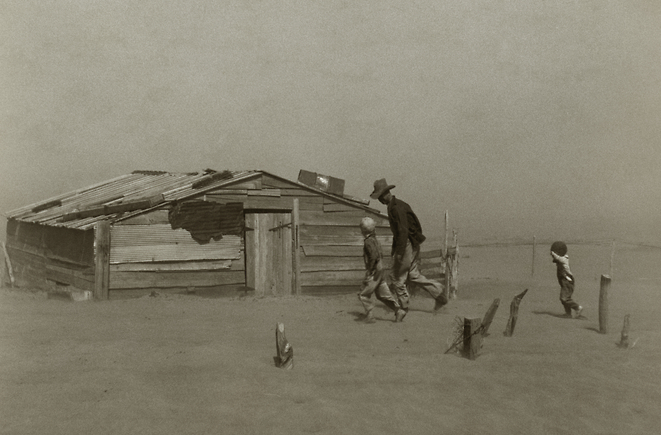 This year has certainly been one of the driest for most parts of the country. California had to take extreme measures to prepare for water shortages. But this is not the worst this country has seen, at least in the last 1,000 years, according to NASA scientists. To be fair, they will be able to properly asses the severity of this year’s drought when they will have the complete set of data. Until then, they are certain that the 1934 drought was the worst in the last millennium.

“It was the worst by a large margin, falling pretty far outside the normal range of variability that we see in the record,” said climate scientist Ben Cook at NASA’s Goddard Institute for Space Studies.

How did they find out? It’s actually quite simple. Scientists from Lamont-Doherty Earth Observatory and NASA analyzed tree rings data from 1000 to 2005. Weather records have been used as well in the effort to determine when the worst droughts took place. Tree rings said that 1580 was the second driest year.

A drought is not completely unforeseeable. Climate data can help us understand the severity of the event to come. Cook explains the context of the 1934 drought.

“What you saw during this last winter and during 1934, because of this high pressure in the atmosphere, is that all the wintertime storms that would normally come into places like California instead got steered much, much farther north,” Cook said. “It’s these wintertime storms that provide most of the moisture in California. So without getting that rainfall it led to a pretty severe drought.”

But one important lesson to be learned from the driest decade is that the agricultural practices of the time had an important contribution to the severity of the drought’s consequences. Improper land management practically fed the dust storms which had important effects. Firstly, sunlight was not reaching the crops. Secondly, the dust storms stopped water from evaporating and assemble as clouds. Fortunately, present day agriculture is not as harmful to the environment.