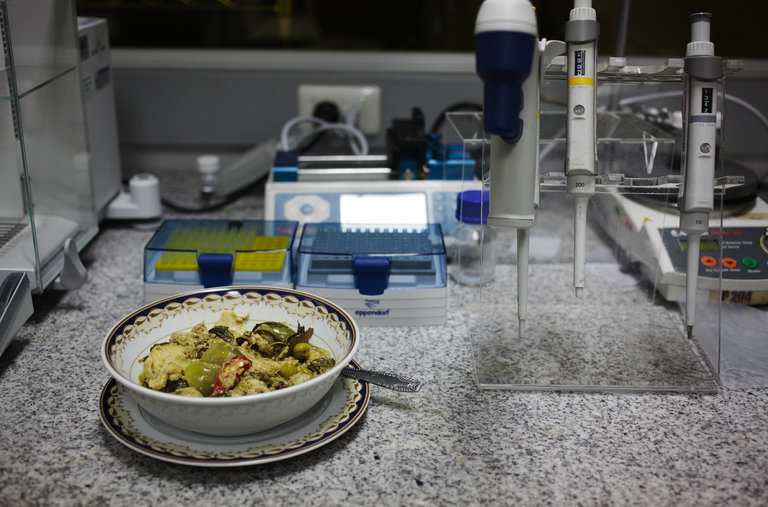 The Thai government is discontent with the fact that numerous restaurants from around the world use the label Thai food too liberally. To solve the problem, the Thai authorities commissioned the construction of a robot that will taste any food a restaurant has the nerve to call it Thai. The machine will eventually give them a passing grade or not, according to a predefined government set of recipes.

“It is found that the flavors of Thai food in many standalone restaurants and in hotels abroad are deviated from the authentic ones,” the Thai National Innovation Agency said on a serious tone.

Dr. Krit Chongsrid, one of the people who worked on the project, said that the robot called e-Delicious has a “5 to 10 percent error probability.” E-Delicious is equipped with 16 gas sensors to smell the food. The taste will be judged by an electronic tongue that can detect the various degrees of sweet, sour, salty, bitter and umami flavors.

While e-Delicious examines the food, another robot compares it with others stored in a database. ESenS is not bigger than a printer and runs on Android. The team worked on the robots for two years and they hope to build at least 100 more in the near future.

The Thai government has translated the idea straight into policy. But Spanish and Danish researchers have been working on similar projects earlier. The Spanish electronic tongue can identify beers with an accuracy of up to 82 percent. Danish researchers were more interested in wine varieties and their sensors measure the astringency of the beverage to judge its quality. We now expect a French researcher to launch a robot that will assess the terroir of various wines from around the globe.

The Thai governmental approach is partially hilarious because we consider the taste of food to be one of the most complex human experience, which embeds chemicals, as well as experience. While taste is relative, a chef’s carrier depends on culinary critics. Have we managed to understand taste so well that we can replicate it or will we ever?

Will the Thai authorities be able to impose these robots into restaurant kitchens? Clearly not. However, the announcement signals one important trend. As the world  increasingly globalized, state authorities often feel they lost control and resort to various measures to impose control over authentic practices. Sometimes they are hilarious, but other times they are incredibly dangerous, as ethnic conflict can easily be ignited by authenticity claims.