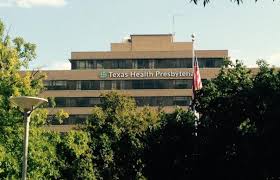 One of the health workers treating a Liberian patient who died of Ebola at the Texas Health Presbyterian hospital last week has tested positive for the hemorrhagic fever virus. This new case raises serious concern about the United States medical guidelines which should, in theory, stop the spread of the virus. Authorities are now investigating whether these guidelines were respected.

The infected health worker is a woman, however, authorities have refused to name her. She is believed to be the first U.S. citizen to contract the disease on U.S. soil. According to health officials, the new patient had been wearing special protective equipment when working with Thomas Eric Duncan, the Liberian patient who died on Wednesday after being exposed to the deadly illness in West Africa. He only developed the illness after entering the U.S.

This new case in Texas indicates a serious professional lapse and suggests that other workers at the hospital may also be infected.

Authorities explain that the woman was in close contact with Duncan. Preliminary tests reveal that the viral levels in the worker’s blood are low but not neglijable, however, the CDC will repeat the test to confirm the results.

“We are evaluating other potential healthcare worker exposures because if this individual was exposed, which they were, it is possible that other individuals were exposed,”

The CDC director announced that this situation only suggests that in the future, new cases may arise.

“Unfortunately it is possible in the coming days that we will see additional cases of Ebola,”

There is only one contact of the infected health worker that experts have identified by now and that contact is currently being monitored. CDC director, Dr. Thomas Frieden, notes that invasive medical measures (such as intubation, mechanical ventilation or dialysis) pose an extremely high risk for transmission of the virus.

Duncan’s body was cremated, and the isolation unit where he was held for 11 days is also being decontaminated, however, the CDC is now concerned about the 50 people who attended to Duncan’s medical care. Until now, none of these health workers have shown any symptoms, health officials claim.