You are here: Home / National News / Spaceweather in the Focus of Researchers 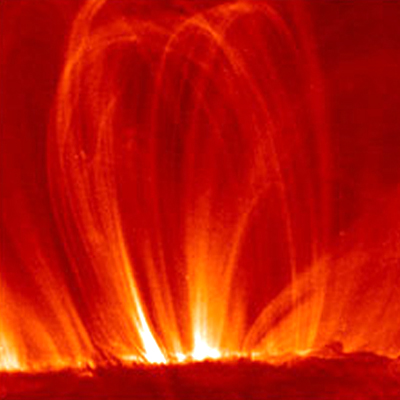 Significant research has been conducted in the attempts of explaining the physics behind space weather and the geomagnetic storms it causes. Our solar system’s star regularly hurls millions of tons of plasma gas towards Earth, as solar wind, which then acts by buffeting the magnetic field protecting our planet. What is important is that this solar wind can be the cause of geomagnetic storms so powerful that they disrupt cell phone services, cause satellite damage and even blackout power grids.

If only scientists could predict such events in the future, precisely, much as weather is predicted, there may be a possibility of coping with the aftermath of space weather.

At the American Physical Society’s Division of Plasma Physics, in New Orleans, several achievements will be discussed on the topic, as researchers have numerous thrilling findings.

Researchers at the Princeton Plasma Physics laboratory, for instance, have been conducting experiments aimed at revealing how magnetic reconnection accelerates solar wind particles to high energy, a phenomenon common in solar flares. The same research team also showed how the resulting solar winds interact with our planet’s magnetic field.

Other teams attempted other approaches. Swarthmore College, for instance, used their “plasma wind tunnel” to simulate how magnetic turbulence works. A research team comprised of Professor Michael Brown and post doc. David Schaffner tried to simulate the key signature of magnetic turbulence, which is common in solar wind and has a significant role in astrophysical jets driven by exploding stars.

At UCLA, a different research team attempted to observe plasma magnetic waves interactions. According to their results, they ripple through turbulent solar wind. The UCLA team used the Large Plasma Device to conduct measurements to explain the behavior of hot plasma.

Columbia University researchers, on the other hand, used a plasma filled chamber and magnetic fields acting exactly as Earth’s magnetosphere to understand the connection between ionosphere currents and space weather around Earth.

There are currently five leading studies attempting to shed light on what is happening and how space weather affects our day-to-day lives.

And due to the Magnetic Reconnection Experiment at PPPL, scientists now understand how reconnection transforms magnetic energy into particle energy.

“This is a major milestone for our research. We can now see the entire picture of how much of the energy goes to the electrons and how much to the ions in a prototypical reconnection layer.”

Results of the Magnetic Reconnection Experiment showed that only 50 percent of magnetic energy i converted by reconnection. Electrons are heated by one third of the conversion while two thirds accelerate the ions in the plasma.