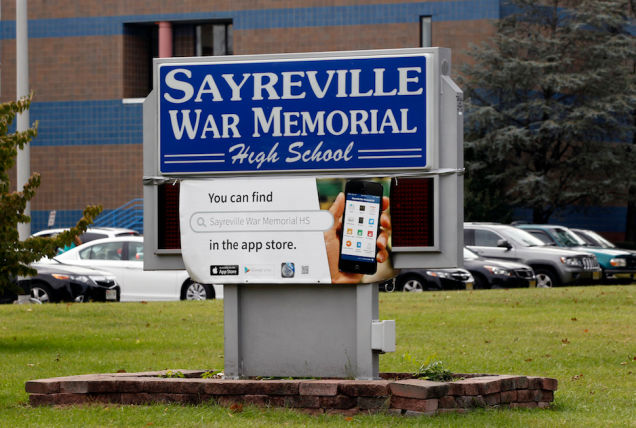 On Friday night, six of the seven students were apprehended, while a seventh was still being sought by authorities at the Sayreville War Memorial High School. Police and prosecutors did not specify the connection between the suspects and their alleged victims to the football program, however, they did mention that they were investigating hazing allegations connected to the team.

Superintendent Richard Labbe released a statement in which he assured prosecutors of his cooperation in the ongoing investigation centered around the Sayreville War Memorial High School football team. The superintendent had cancelled the football team’s season just four days before Friday’s arrests, after prosecutors had provided substantial allegations of hazing.

According to authorities, the suspects had assaulted four students on separate occasions between the 19th and 29th of September. The victims had been held against their will and touched in a sexual manner, as well as physically aggressed.

Three of the suspects have already been charged with aggravated sexual assault, criminal restraint, hazing, as well as crimes for an act of sexual penetration involving one of the four victims. The remaining four students received charges of aggravated criminal sexual contact, Middlesex County Prosecutor Andrew C. Carey said.

The suspects are currently awaiting a Family Court decision on whether they will be allowed to return to their families or if they will be held at juvenile detention facilities. Because the suspects’ ages range between 15 and 17 years, their names weren’t released by authorities.

The parents of other football team players have complained that the entire team is being punished for the actions of a few. Despite these complains, superintendent Labbe stood by his decision and insisted that students should always step forward when bullying occurs. Labbe also noted that an investigation concerning intimidation and bullying had been launched into all of the district’s athletic teams.

“We will come together as a school district and greater community to harness the strength required to support the young men who may have been victimized and then to begin the healing process for our beloved community,”

In light of recent events, an anti-bullying rally has been scheduled for Sunday night. Those in attendance have been asked to not wear Bombers gear (the High school’s football team) so that members and parents aren’t offended.