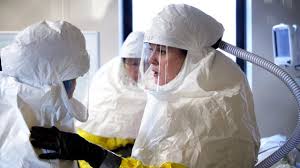 Health officials told reporters on Wednesday that the first patient to be diagnosed with Ebola in the United States may have exposed five school-age children to the deadly virus. The Centers for Disease Control and Prevention is already monitoring the possible exposed children.

“Let me assure you, these children have been identified and are being monitored.This is all hands on deck.”

However, the country’s top medical official, who has promised to ensure that Ebola doesn’t reach the United States, has admitted today that there might be a slight possibility that other Americans contact the disease.

The five students (who were attending four different schools) the Ebola patient came in contact with hadn’t shown any symptoms, officials said. Because of the delicate situation (and the possible risks), extra health workers will be present at these schools (and an additional school nearby, that none of the five children attended).

“The students didn’t have any symptoms so the odds of them passing on any sort of virus is very low.”

In the meantime, the Centers for Disease Control and Prevention is on high alert and is already commanding an extensive tracking process after the first Ebola diagnosis in the United States. They are focusing on the patient’s family and health staff.

“We have a seven-person team in Dallas working with the local health department and the hospital, and we will be identifying everyone who may have come in contact with him and then monitoring them for 21 days.”

The city of Dallas is currently evaluating 12-18 people who were confirmed to have been in contact with the patient, while activating its Emergency Operations Center on Level 2: High Readiness.

“What we need to do first in this particular instance is do everything possible to help this individual who’s really fighting for their life, and then make sure that we’re doing that, that we don’t have other people exposed in the hospital, identify all those contacts and monitor them for 21 days. It’s not impossible that one or two of them would develop symptoms and then they would need to be isolated,”

The CDC director told reporters that he had confidence that the passengers flying in the same aircraft with the Ebola patient did not contract the disease, because contagiousness begins with the first symptoms.