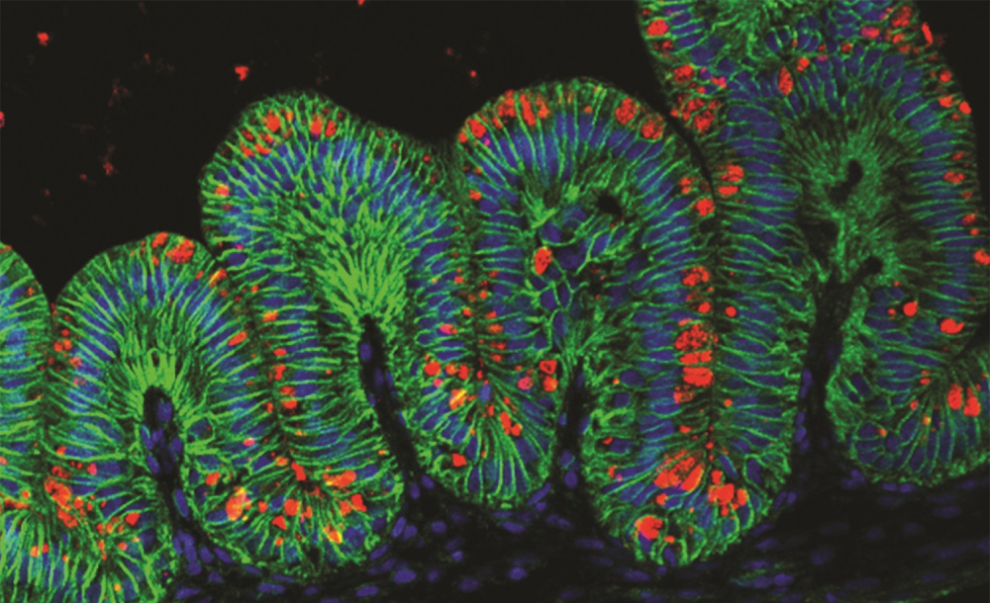 Stem cells are hailed as the founding elements of tomorrow’s medical research and practice. Scientists produced another definite proof that stem cells, a type of prespecialized cells that can adapt to various roles, are the key to devising new ways of tackling old health problems.

Researchers created miniature stomachs out of stem cells. The gastric organoids are basically stomachs in their early development stages. When scientists say mini-stomachs, they really mean it. The stomachs are just 3 millimeters in diameter.

“It’s not too far off to call it a miniature stomach,” said lead author James Wells, a scientist in the divisions of Developmental Biology and Endocrinology at Cincinnati Children’s Hospital Medical Center. “They’re small, football shaped, hollow spheres about the size of a pea. And on the inside, they have a proper stomach lining.”

They are not exactly complete stomachs either. Researchers managed to recreate just the lower part of the organ called antrum that leads to the intestine. Stem cells needed one month to reach the organoid state. Nevertheless, the result demonstrates that scientists are on the right path.

The miniature stomach does not enjoy the adequate infrastructure a stomach needs for proper development. An artificial vascular system could help the organ overpass the petri dish embryonic stage.

The success will have numerous ramifications in medicine. However, there are a couple of precise reasons why researchers decided to replicate a stomach. One of them is that infections are still a mystery. While most of the process is already known, what happens during the exact moment when it all starts is blurry. With the new organ available, scientists can replicate the process, follow every step and come up with effective solutions to stop and even prevent it.

“We’re now planning to really dissect how these infections happen, which of the stomach cells are really being adversely impacted by the stomach bacteria, and how can we use chemicals to attenuate or shut off this response,” Wells said.

In depth understanding of how your own cells interact with various drugs can open the door for personalized medicine. Moreover, pharma companies could first test their experimental drugs on the miniature stomachs before the actual trials.

As Wells puts it, the project underlines the importance of basic research not just in developmental biology, but in other areas as well.

The study was published in Nature on October 29.