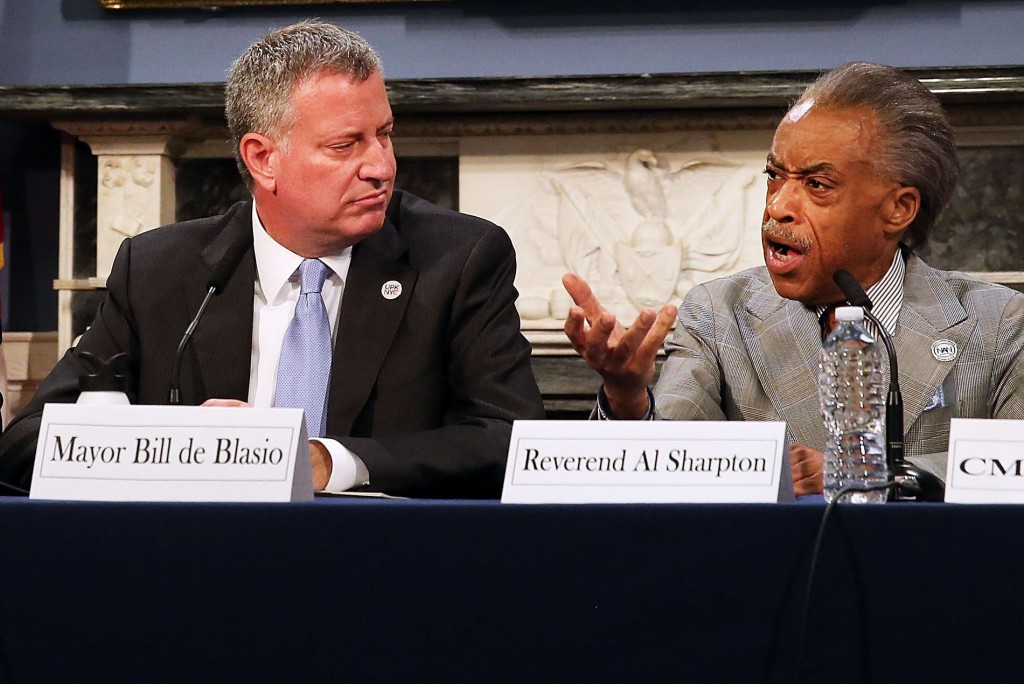 The relationship between police and the New York City Mayor, Bill de Blasio has always been tense, however, recent accusations concerning the chokehold death of an unarmed suspect have brought things on the brink of collapse.

The mayor has always taken it upon himself to directly explain the situation, however, in so doing, he has often smeared the NYPD. Take the incident where just an hour after two federal marshals and one officer were wounded in a gunfight, the mayor decided to state the following:

The numbers do, indeed, speak for themselves. Shootings went up 10 percent.

A recent incident involved the revelation that a top aide was living with a convicted killer who often described officers as being “pigs”.

Police unions believe that such moments prove the mayor’s lack of support for a 34,000-officer force. And what’s most striking is that several of Blasio’s allies actually side with police, saying that the mayor could better lead the department he is attempting to reform.

“This is difficult terrain, particularly for a new mayor. Morale has been low on the force and it’s only getting worse.”

After fiercely pushing to end the stop-and-frisk tactic that would allow police officers to stop those deemed suspicious, the mayor truly stepped on the police’s toes when he called an official inquiring about a political ally who had been arrested. This ally was later released, and while it had nothing to do with the mayor’s phone call, De Blasio’s request surely made it seem like he was undermining officers.

During a City Hall summit, de Blasio was seated between William Bratton, Police Commissioner, and Sharpton, who spent months denouncing the NYPD. Sharpton began railing against the NYPD, claiming that even the mayor’s teenage son could have been a candidate for a chokehold.

Police unions immediately expressed their outrage, saying that Sharpton shouldn’t have received equal billing with Bratton and noted that what the mayor has continuously done is to provide a public platform to the loudest anti-safety agitators. They also expressed their disappointment with the City Halls’ lack of support for police officers, claiming that it had directly translated into crime spikes and quality of life decrease.