You are here: Home / Uncategorized / Discoverers of the Internal GPS of the Brain Awarded Nobel Prize for Medicine 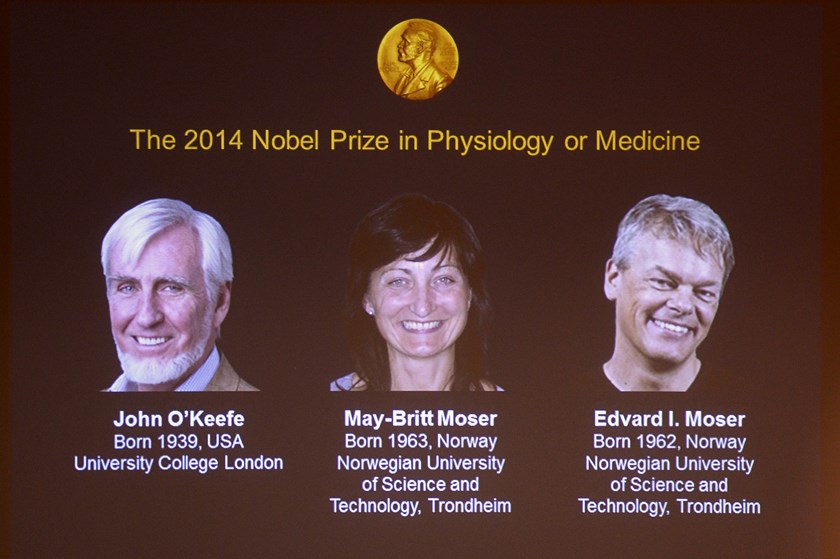 The collaboration of Anglo-American John O’Keefe and the Norwegian Couple May-Britt and Edvard Moser has proven remarkable on several occasions. However, on Monday, the scientists were awarded the 2014 Nobel Prize for Medicine for their discovery of an internal positioning system in the brain which helps humans find their way but which also provides clues as to how Alzheimer’s and strokes affect the brain.

Eight million Swedish crowns ($1.1 million) were awarded by the Nobel Assembly after the announcement at Sweden’s Karolinska Institute. According to them, the discovery represents the solution for a problem that has long been on the minds of philosophers and scientists:

“How does the brain create a map of the space surrounding us and how can we navigate our way through a complex environment?”

Nobel committee member, Ole Kiehn, explains that the three scientists have discovered the inner GPS that allows humans to know where they are and how to find their way.

O’Keefe, who leads the center in neural circuits and behavior at the London College University, came across the first element of this positioning system in 1971, when he noticed that a certain type of nerve cell in the hippocampus (a region of the brain) was always activated when rats were in certain places of a room. When the same rat was in other positions, other nerve cells were activated, leading O’Keefe to the conclusion that such “place cells” were forming a map of the room.

He then paired up with Edvard and May-Britt Moser and began recording the activity of these cells in the hippocampus. Their work began showing results a decade later, when the scientists discovered other cells, located in the entorhinal cortex region in rats, which appeared to function as navigation systems. The scientists named them “grid cells”, as they always work to create maps of the world in which the subject finds itelf in.

“The discovery…revolutionized our understanding of how the brain knows where we are and is able to navigate within our surroundings,”

Andrew King, a professor of neurophysiology at Britain’s University of Oxford said.

What is most important is that knowledge about this complex positioning system can also aid doctors in understanding what causes the loss of spatial awareness in Alzheimer’s dementia patients or stroke patients.

“This is so great, this is crazy. I am just jumping, screaming. I am so proud of all the support that we have had. People have believed in us, in what we have been doing and now this is the reward.”