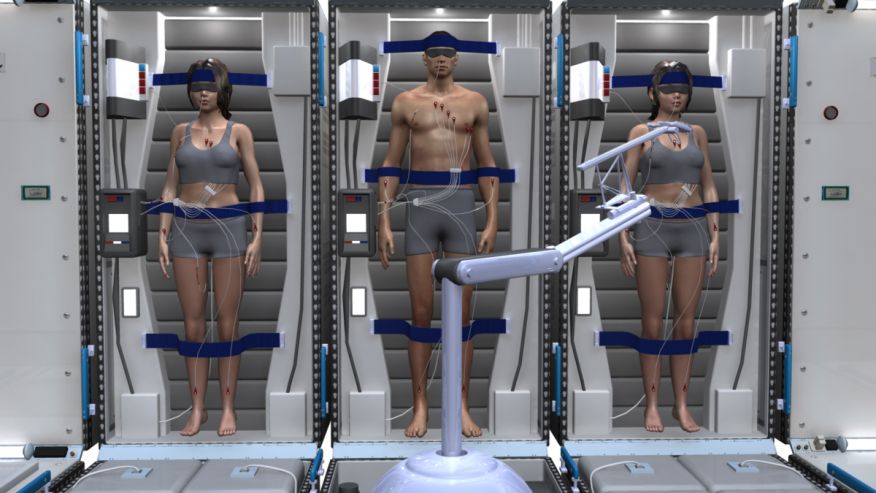 When humans will finally reach Mars, it will end up being the most expensive endeavor in history. The two planets rarely get closer than 38 million miles and they can be separated by 249 million miles of empty space when they are in opposition.

The trip to Mars will be a very long one. Besides taking into account the psychological effects of an approximately 180-day trip, space agencies have to devise ways of minimizing life support costs. One way to achieve the goal is an idea commonly found in SF literature and may indeed be the proper solution – hibernation.

During the International Astronomical Congress earlier this week, aerospace engineer Mark Schaffer at SpaceWorks Enterprises in Atlanta, said that NASA is exploring the option of putting the astronauts into deep sleep on their way to Mars. The solution is currently used in hospitals.

“Therapeutic torpor has been around in theory since the 1980s and really since 2003 has been a staple for critical care trauma patients in hospitals,” Shaffer said. “We haven’t had the need to keep someone in (therapeutic torpor) for longer than seven days. For human Mars missions, we need to push that to 90 days, 180 days,” he added.

Therapeutic torpor will be achieved with the help of a coolant solution introduced through the nose. The RhinoChill method may not be the most pleasant, but it is the safest and most efficient. The method would cool the body down by one degree per hour.

RhinoChill is preferable to cooling the body with outside pads as the latter may induce shivering and tissue damage. To bring a person out of deep sleep, the interruption of the RhinoChill system would suffice. Rewarming pads can make the process even quicker in the case of emergencies.

There are two possible options. One would be to put the whole crew in deep sleep. The other more likely option is to put each crew member into a 14 days sleep. Each of them would then spend 2 or 3 days awake. The rotation system would ensure that at least one astronaut would be awake at any moment to perform scientific studies and monitor the ship.

The NASA funded SpaceWorks study shows that putting crew members into deep sleep would dramatically reduce the resource needed for survival. In fact, the method would translate in a reduction almost by half of the ship’s weight, from 400 to just 220 tons.