You are here: Home / Tech & Science / Mystery of Dinosaur with Horrible Hands Solved 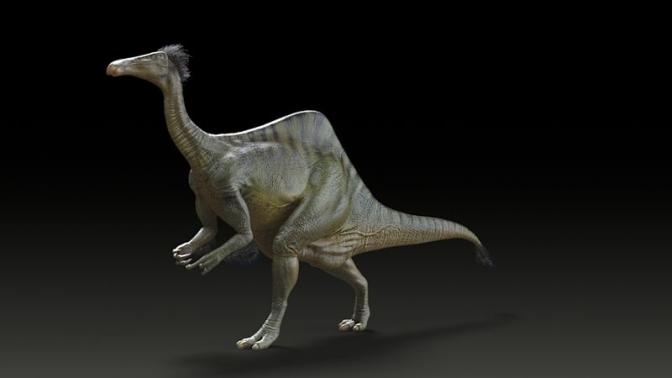 Deinocheirus mirificus, meaning “unusual horrible hand”, was one of the greatest mysteries in the world of paleontology. What researchers knew until now about the dinosaur that lived around 70 million years ago was that it had incredibly long arms for a bipedal creature.

The name came after a group of researchers discovered two 8-feet long fossilized arms equipped with terrifying claws in the Mongolian Gobi Desert back in 1965. That was all the researchers had until recently.

After two excavation projects in 2006 and 2009, paleontologists finally found other almost complete fossilized skeletons in the Mongolian desert. But important parts of the fossils were missing. Clearly poachers excavated the area a few years earlier, according to estimates, and sold the heads along with other important elements to collectors around the world.

Luckily, a Belgium researcher who later became a part of the team who wrote the study, announced his colleagues that he noticed missing parts at a German collector. Other key fossils ended up in in the hands of Japanese enthusiasts. When paleontologists finally reunited the pieces, it was clear that they all came from the same site. But enough about the glamorously cosmopolitan paleontological life.

“Deinocheirus has remained one the most mysterious dinosaurs in the world. We found almost (complete) skeletons of Deinocheirus and know now how it looked, how big it was and what it ate,” said paleontologist Yuong-Nam Lee, director of Geological Museum at the Korea Institute of Geoscience and Mineral Resources in Daejeon, South Korea.

The unusual dinosaur was roughly the size of T-Rex. However, Deinocheirus presents a series of strange characteristics. The fossils indicate that it was a part of the “ostrich mimics” dinosaur group that had bird-like traits.

Why do researchers say that Deinocheirus was weird? Because based on everything that paleontologists know so far about dinosaurs, they could not predict in any way that this was how Deinocheirus looked like.  The bipedal dinosaur was 35 feet long and weighed 6.4 tons. The head alone is 3 feet long. Moreover, the dinosaur was equipped with a bony sail that has no clear functionality. The toothless duck-like bill and a strange humpback on top of it all make this dinosaur one peculiar figure.

The unusual horrible hands were used by the animal as a prime defense mechanism. Deinocheirus was not a picky eater, as researchers found traces of ingested fish and plants.