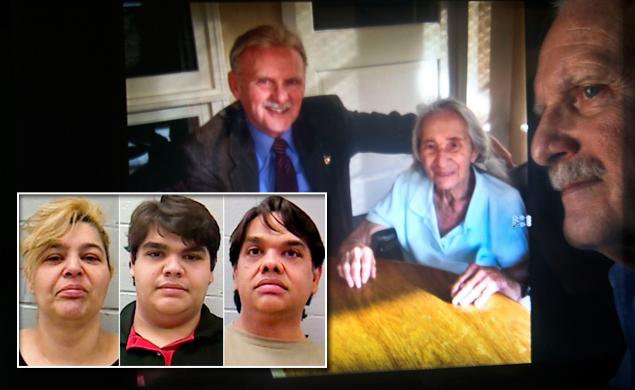 An elderly Los Angeles woman who had been missing for four years was found by authorities in a rundown shack in Maine where an unrelated family had taken her after gaining her confidence and selling her home.

Sarah Cheiker, the woman in question, had disappeared at age 89 and was found by authorities in a dingy cabin in Edgecomb, where she had been abandoned.

Detective Robert McFetridge, of the coastal Lincoln County Sheriff’s Department said that the place wouldn’t have been suitable for dogs to live in, much less an elderly woman. The food was spoiled and the light bulbs burned out.

Cheiker’s neighbor, Jim Caccavo, was amazed to find out that the woman was still alive when he received a call from the FBI. He told investigators that a family of three began helping Cheiker with her grocery shopping and rides to the doctor in 2006. While he told the woman that he doubted the family’s motivations, there wasn’t much more that he was able to do. And then, all of a sudden, Sarah disappeared, Jim told reporters. Authorities soon discovered that Cheiker was taken from Los Angeles by the same people who befriended her, 41-year old twins and their godson.

A year after Cheiker went missing, a living trust in her name sold her house for $712,000, as property records show. This money was then used by the family who had taken Cheiker away.

The twins and their godson were arrested on felony charges of endangering the welfare of a dependent person. All of them pleaded no contest and were soon released on probation, court records show. However, authorities couldn’t investigate the allegations of Cheiker’s swindling since it occurred in California and is therefore outside of Maine’s jurisdiction. Until now, the FBI has not commented on the situation.

“I’ve seen things that were egregious, but I’d never seen a person taken across the country, stripped of their assets and left to die.”

Andrew Wright said, the prosecutor handling the case in Maine. According to him, the three had randomly knocked on the old woman’s door and then used the money they obtained from selling her house to purchase numerous properties across the United States.

Defense attorneys insist, however, that the family had treasured Cheiker as though she were family and that they were still constantly checking up on her.

“My client’s position was she didn’t like the noise from a lot of company visiting them that summer so they put her up in a seasonal rental cabin. Somebody called the local authorities: It was the nosy-neighbor syndrome.”