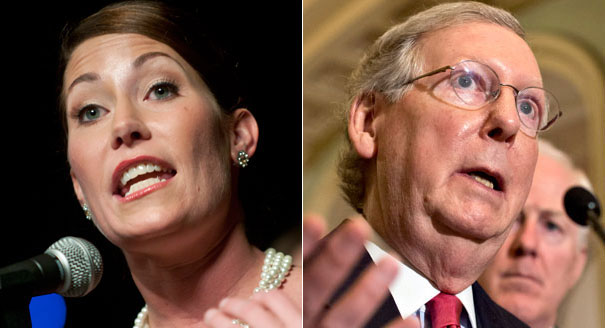 Campaign sponsoring is one thing, however, in Kentucky’s U.S. Senate race, which was crowded with attack ads from both sides, millions were spent by one specific group wanting to praise Senate Minority Leader, Mitch McConnel. This group wanted to pitch McConnel as the state’s coal industry’s friend all the while flaying his Democratic opponent for supporting “anti-coal” environmentalists.

What remains a mystery is whether the coal industry is involved in helping to pay for those ads.

The group has spent over $14 million, according to a statement made by a spokesman, and that figure has made it one of the larger players involved in 2014’s free-for-all of outside spending in the election. This money has been used to either praise McConnel or to attack Alison Lundergan Grimes, McConnel’s Democratic opponent, who is described as

“a liberal who’s wrong for Kentucky — just like Obama.”

These millions are just part of an unprecedented amount of spending by so-called dark money groups, which are in fact nonprofits that, because they don’t coordinate with candidates, aren’t forced to disclose their donors.

What is more important is that such dark money groups are responsible for over half of the spending by outside groups in these midterm Senate races, as the Brennan Center for Justice, a nonpartisan group, revealed.

Unions, volunteer fire departments and the AARP are just some of those included in such organizations. Their way was paved by the Supreme Court’s Citizens United decision of 2010, when it was allowed that unlimited political spending be done by corporations.

“It’s a big question mark — is this future of political spending. Is that going to become the new normal, this kind of money focused on one candidate, and we don’t know where it’s coming from?”

Although such groups should not be allowed to make politics their prime concern, the rules are often vague and rarely enforced. Additionally, the Federal Election Commission, whose responsibility is to enforce election laws, is most often deadlocked along partisan lines:

“If there’s anything more dysfunctional than the IRS, it’s the FEC. It’s becoming more and more apparent that the FEC and the IRS are not going to take any action, so even the most risk-averse groups are willing to put a toe in the water right now.”

And what is worst about this entire situation is that it harms the voting process in the end, because if voters aren’t aware who is behind the money, they aren’t able to judge whether to trust such ads or not.