You are here: Home / National News / Microsoft CEO Claims to Have Been “Inarticulate” About Pay Disparity for Women 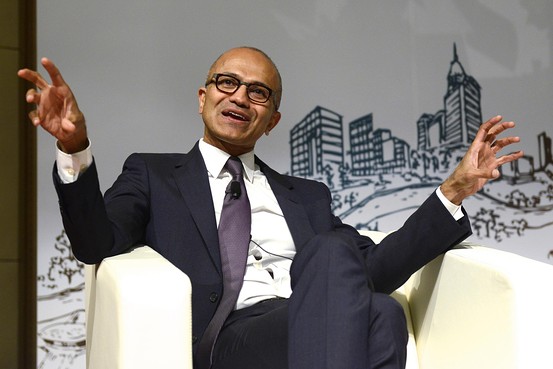 During an event that focused on women in the tech and computing industry that took place on Thursday, Microsoft’s CEO was asked to offer some advice to female workers who aren’t comfortable asking their employers for raises or promotions.

Satya Nadella, Microsoft Chief Executive, tried to distance himself from the controversy he has landed in, concerning women and their role in the tech industry. Nadella was also tainted by remarks about gender pay differences.

“It’s not really about asking for the raise, but knowing and having faith that the system will actually give you the right raises as you go along.”

said Nadella, according to a transcript of the event.

In fact, many attendees had the same impression as Ms. Klawe that Nadella’s comments had suggested that women should accept smaller pay levels as compared to their male counterparts. As a result, several attendees also openly criticized Nadella’s observations on Twitter.

“Was inarticulate re how women should ask for raise. Our industry must close gender pay gap so a raise is not needed because of a bias #GHC14”

The entire situation attested to how women are misrepresented and mistreated not just in the tech industry, but generally, in almost every field they decide to pursue a career in and this subject has become a flashpoint for controversy.

Nadella’s comments come at a particularly delicate time, as major tech companies (Microsoft included) have just released reports about the composition of their workforce. According to these reports, women make up for relatively low percentages in almost all technical teams. Additionally, accusations of harassment of women have also been common this year, especially at tech companies or events.

Ms. Klawe explained that, after being hired at Harvey Mudd, she couldn’t find the courage to speak up when she was offered pay that was surely lower than any other worker in the same position. She told women that, when negotiating new jobs, they should come prepared with what others are paid in similar jobs and have the courage to stand up for themselves.

Nadella also spoke about Microsoft’s efforts in ensuring that more female workers are offered technical positions and said that he didn’t want to blame the lack of women at such companies on the relatively small number of women graduating with computer science degrees.