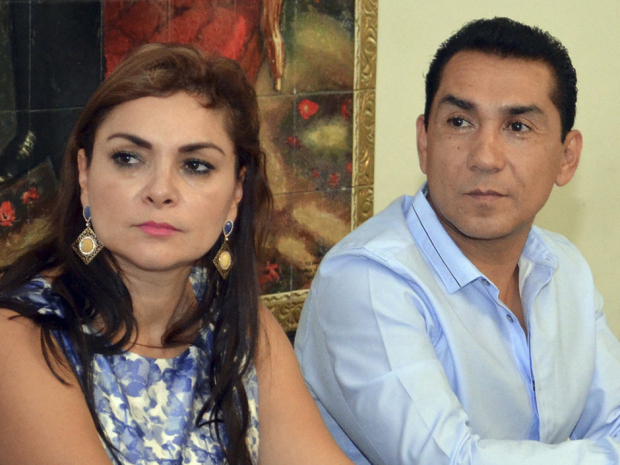 The disappearance of the 43 students on September 26 shocked Mexico, as well as the international community. The latest statement made by Attorney General Jesus Murillo Karam is not a news for some, but it makes it official. Iguala Mayor Jose Luis Abarca and his wife, Maria de los Angeles Pineda are officially considered the main suspects behind the abduction of the 43 student teachers.

On September 26, the group of left wing students at Raúl Isidro Burgos Rural Teachers College of Ayotzinapa gathered to demonstrate against discriminatory hiring. They claimed that rural students are disadvantaged in the process.

Attorney General Karam said that the mayor and his wife ordered the local police to capture the protestors and hand them over to a local gang called Guerreros Unidos. A police officer informed the gang that the group of protestors belongs to a rival gang. The Guerreros Unidos leader, Sidronio Casarrubias Salgado, ordered the abduction of the 43 students. He was arrested last week. According to his declaration, the gang believed that the students were part of the rival gang “Los Rojos”, so their act was meant to reestablish supremacy in the city.

But the story goes deeper. The relation between Mayor Abarca and the student union was already precarious. The students claim that a key student ally and political activist was killed one year ago at the mayor’s order. When the mayor heard on September 26 that the group would head to a place where his wife was hosting a public party, he took the drastic decision.

“We have issued warrants for the arrest of Iguala Mayor Jose Luis Abarca, his wife Mrs Pineda Villa and police chief Felipe Flores Velazquez, as probable masterminds of the events that occurred in Iguala on Sept. 26,” said Attorney General Karam. The mayor and his wife are fugitives.

Nine mass graves have been discovered so far near Iguala, but none of the 30 bodies belongs to the missing students according to preliminary investigations.

Fifty-two people have been arrested so far in connection with the students’ disappearance. The terrible event has disrupted the whole country. President Enrique Pena Nieto says that finding the students is his top priority. Unfortunately, the tragic event demonstrates that Mexico is far from having a sufficient level of internal security needed to focus on economic development.