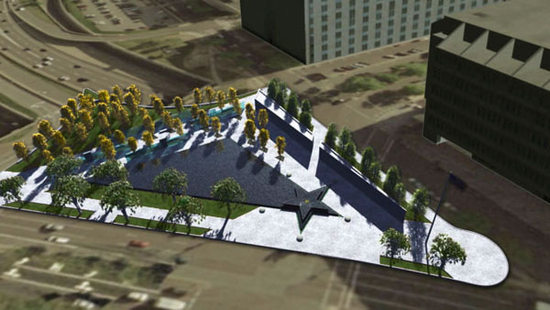 President Barack Obama attended the American Veterans Disabled for Life Memorial dedication ceremony on Sunday, October 5th, where a new memorial honoring those severely injured was dedicated to those serving our great nation.

The president marked the opening of the Memorial for American Veterans Disabled for Life and said that it would commemorate two centuries of American perseverance and character. Those veterans who were disabled during conflicts throughout the nation’s conflicts had stepped forward to serve and left loved ones behind, only to return home forever changed by war.

President Obama addressed the 3,100 people who were attending the event:

The Memorial of granite and glass is located near the U.S. Capitol and was unveiled as the United States attempts to disengage from the over 10 years of war in Iraq and Afghanistan, where more than 50,000 American military personnel has been injured. While the Islamic State has continuously threatened the United States in recent months, the nation now turns to President Obama in hopes that another military intervention will not be decided upon (as the president has promised on several occasions).

The painful truth (as president Obama describes it) is that the nation hasn’t always fulfilled its duties to those serving it. The Memorial is therefore a reminder of the country’s debt to its veterans and those actively serving.

“This memorial is a challenge to all of us, a reminder of the obligations this country is under. If we are to truly honor these veterans we must heed the voices that speak to us here. Let’s never rush into war, because it is America’s sons and daughters who bear the scars of war for the rest of their lives. Let us only send them into harm’s way when it’s absolutely necessary.”

The philanthropist Lois Pope helped organize the memorial, in collaboration with Jesse Brown, former Veterans Affairs secretary and Art Wilson, former CEO of the Disabled American Veterans Organization. Work began on the memorial in the late 90’s. More than $80 million were raised for its construction.

A star-shaped fountain and ceremonial flame are among the monument features, which are also surrounded by a grove of trees. The monument lies behind the U.S. Botanic Garden, right next to the Rayburn House Office Building.