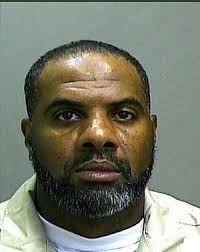 Steven Pratt, who was just released from prison, stands accused of beating his mother to death during a family gathering meant to welcome him back from jail.

The 45 year old Steven Pratt, convicted murderer, is facing another set of murder charges for killing his mother two days after being released from prison. When he was 15, Pratt fatally shot a next-door neighbor, Michael Anderson. For the 1984 murder, Pratt was tried as an adult and the court convicted him on charges of first-degree murder two years later. He received a 30-year state prison term and had just been freed on Friday.

Court records show that the 1984 murder was caused by an argument between Pratt and Anderson. Pratt had been hanging out with friends in an apartment hallway. When Anderson asked Pratt to leave, Pratt attempted to attack Anderson with a lead pipe. After taking the weapon and bloodying Pratt’s face, the 15 year old left and returned a few hours later with a borrowed handgun, fatally shooting Anderson.

The Atlantic City man was arrested by police officers at the scene after his mother, the 64 year old Gwendolyn Pratt was reported dead on Sunday. Authorities claim that the two were having an argument when Pratt assaulted his mother.

Pathologists revealed the cause of death after Gwendolyn Pratt’s autopsy: massive blunt injuries to the head, Atlantic County Prosecutor Jim McClain said in a statement. She was found dead around 6:30 AM at her home in Atlantic City.

“It’s so devastating. You just never know what people are going through.”

Steven Pratt is currently being held on $1 million bail and until now, it isn’t clear whether he has retained an attorney.

A local newspaper interviewed the Pratt’s neighbors and found that one in particular had heard the loud argument coming from Gwendolyn’s home around 2AM. However, she decided against calling the police as she had been often criticized in the past for being too quick to call police in such occasions.