You are here: Home / Tech & Science / League of Legends, the Infamous MOBA, is Nearing 1$ Billion in Revenue 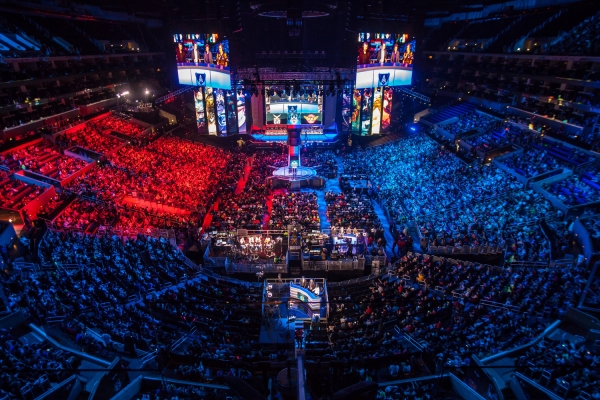 There are countless games available online, but very few that have won the hearts of millions of fans. League of Legends is one of the most successful MOBAs of all time. It may sound like an unconventional business venture, but the company responsible for it, Riot Games, is nearing the 1 billion dollar revenue mark.

“It was always dissapointing when development teams would rush in to build the next game and neglect communities that were staying engaged with their game well after it launched. We wanted a company that paid attention to players like us who wanted to play competitively and cooperatively.”

League of Legends currently has 30 million active users, and roughly 67 million registered accounts worldwide, and it still has room to grow! The MOBA is extremely popular in regions like Europe, United States and Asia. Game experts are all asking the same question: How did this game become so unstoppable? According to the company’s founders and developers, it is all about putting experience first, and thinking about revenue later. In the game you can purchase different skins, champions, name changes, rune pages and many more that will customize the player’s gaming experience.

Besides the many in-game surprises, players can also relish at the sight of professional teams battling to the ‘death’. Riot Games pays attention to its community by hosting huge League of Legend tournaments, where top gamers play for prize-pools of thousands of dollars, and enthusiastic fans watch.

Business Insider referred to this businesses as a “more complicated video game version of capture the flag”, and while this may be partly true, League of Legends is a hundred times more complex than capture the flag. To understand just how popular the game is, we have to remember the 2013 tournament, during which thousands of gamers gathered (at the Staples Center in L.A), and millions pf fans watched  it online. The season 4 world championship is currently underway, with the second semi finals being played today in South Korea where the Chinese team “SH Royal Club” will go up against team “OMG”. The outcome of this match will determine who’s going to face team Samsung White in the finals which is set to be played on the 19th

The Times reported that tournaments currently lose money, but Riot Games sees it as a means of inspiring loyalty among its fan base. It is this loyalty that encourages players to purchase so many items from the League of Legends stores in the first place. LOL may start loosing popularity in the future, but right now it has proved that it is one of the most successful games and one of the most profitable businesses of the presents. How many companies can brag with a one billion dollar annual revenue?