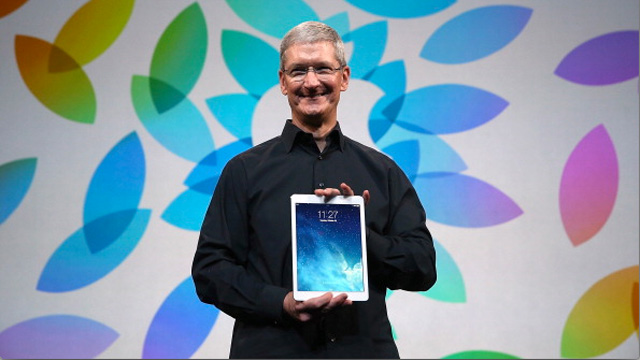 Apple has hinted at the introduction of its latest iPad, which is expected to appear on October 16th. However, users aren’t just hyped about the tablet that is about to be released. The tech giant may also be introducing its latest operating system, the OS X Yosemite and possibly a new iMac computer. All the commotion comes only weeks after the company launched the iPhone 6 and 6 Plus as well as the first iWatch, which shows that the tech giant is hell bent on accomplishing great deeds in 2014.

More than 10 million iPhone 6 and 6 Plus models were sold in the first week after the official release of the devices. However, sales of the current iPad (launched in 2013) have begun dropping and enthusiasts expect that the California-based company will try and counteract this trend.

The new iPad is expected to have Touch ID fingerprint scanning systems (the same that Apple has been using on its iPhones since they launched their previous model, the iPhone 5S), among other things. This feature is an excellent addition, especially since the tech giant has been trying to get users to adopt the Apple Pay mobile payment platform. According to Apple, there is no better way of convincing users about the payment platform than by incorporating touch ID into as many devices as possible.

It seems, however, that Apple will not be updating its iPad mini (and some believe that the launch of the iPad Pro will be pushed back because of the iPad Air launch).

“We believe Apple plans to launch [an] upgraded iPad Air early this year, and will accelerate development of [a] 12.9 inches iPad. As such, more resources will be allocated to these two products, which will affect the progress of the development of new iPad mini. All told, we think chances of the debut of a new iPad mini in 2H14 [the second half of 2014] are slim. In addition, the 12.9 inches iPad is unlikely to be offered in 2014. For these reasons, we predict the only new iPad product in 2H14 will be the upgraded iPad Air,”