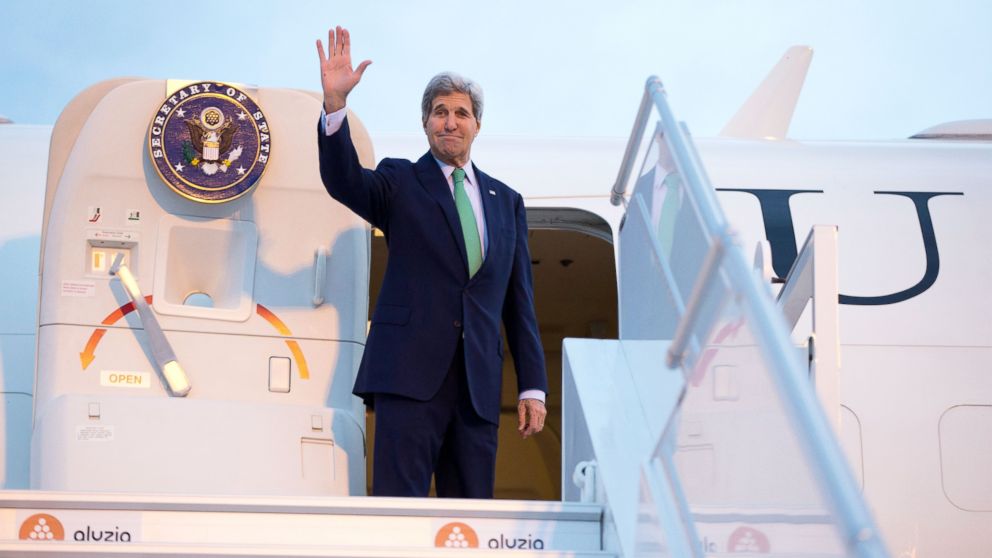 United States Secretary of State John Kerry was forced to fly back to America from Austria on a commercial airline flight after his Air Force Boeing 757 was grounded on Thursday because of mechanical problems.

Kerry and around 40 other staffers from the State Department, together with accompanying journalists, were leaving their hotel rooms as they heard the news.

What’s funny is that this is the fourth time that the Secretary of State encountered such problems, as his Boeing 757 keeps failing him more often than he would like it to. According to the AFP news agency, the aircraft has been having mechanical problems all year. Kerry is returning home on a commercial flight for the second time in the past three months, after he had to fly United Airlines in August, as he was returning from Honolulu to Washington.

Kerry said with style when his staff informed him that his itinerary would change because of the same problem that has been haunting him for quite some time.

The Secretary of State has complained about the numerous mechanical problems that have repeatedly affected his Air Force 757, however, despite the clear frustrating situation, he took the incident in stride.

Where this latest incident is concerned, Kerry was forced to find a commercial flight in the last minute from Vienna, where he and other State Department officials underwent high-level talks on Iran’s nuclear problem.

According to recent information, the Boeing’s grounding was caused by fuel tank problems this time.

While no media reports have specified which airline the Secretary of State was on while returning home, there is only one carrier to carry out non-stop flights between Vienna and Washington, and that carrier is Austrian Airlines.

“At least he’s racking up the frequent-flier miles.”

And indeed, if Kerry is truly receiving frequent-flier miles, he must have earned somewhere around 4,800 for his coach-class flight from Honolulu to Washington and another 4,500 for his Vienna-Washington flight. However, if the Secretary of State flew either first- or business-class, a mileage bonus would apply to these figures.

Not to mention that, as any frequent-flier aficionado already knows, both United Airlines and Austrian Airlines belong to the same group: the Starr Alliance, so that his miles would have been pooled for the flights on the same airline.

Since Kerry took office, he has recorded around 566, 000 miles on his Air Force jet by traveling to 55 countries.