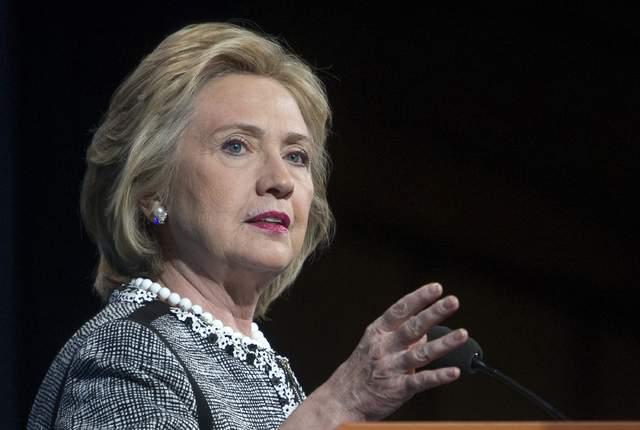 Former U.S. Secretary of State, Hillary Rodham Clinton, spoke to supporters in Las Vegas and said that there is a great deal that should be done to ensure that young Americans can achieve their dreams without having to be crushed by college debt.

“That can feel like an anchor tied to their feet dragging them down.”

“I think our young people deserve a fair shot,”

she added as she spoke to over 900 people that had gathered in a Bellagio resort ballroom, at the annual UNLV Foundation dinner, benefiting the University of Nevada.

Later, Clinton moved on to pressing matters that are concerning the American public: its reluctance in getting involved in military conflicts and the threats that the Ebola outbreak and the Islamic State pose.

She added that Ebola would also not stay confined and that U.S. officials should always ask themselves whether their actions serve America’s best interests.

“We can’t say we’re not going to be involved because these things are other people’s problems,”

“I see a very cold-blooded, calculated former KGB agent who is determined to not only enrich himself and his closest colleagues but also to try to revive Russia’s influence around its border”

The former U.S. Secretary of State also spoke about one of her most prized encounters with the person she considers the most important she’s ever met, Nelson Mandela as well as her most difficult decision as secretary of state (when she had to decide on whether to go after Bin Laden based on the little evidence she had).

Before Monday’s event, the former U.S. Secretary of State also made a stop in Denver to campaign for Sen. Mark Udall and appeared at a fundraiser for the Nevada Democratic Party in Las Vegas.

“Sheldon said to me, ‘Gee, I wish they would have paired me with you to ask the questions. We could have had a real debate,'”

Clinton said when asked about Adelson, who has committed $7million to fund a Hospitality Hall for the university’s Harrah Hotel College.