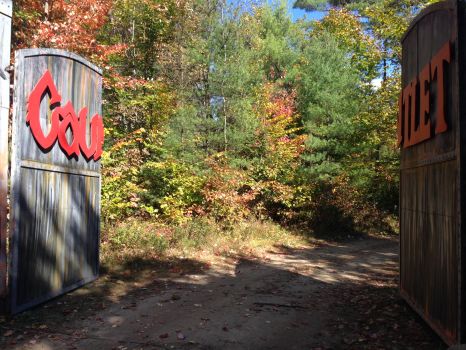 A Halloween-themed hayride went terribly wrong in Mechanic Falls, Maine on Sunday. The ride, which was carrying several passengers, crashed down a hill in the woods and slammed directly into a tree. One of the passengers, a teenage girl, lost her life.

Cassidy Charette, a seventeen-year-old girl from Oakland passed away after the Gauntlet Haunted Night Ride wagon overturned. The accident happened at a rural farm in Mechanic Falls. Authorities say that the girl died because of her injuries.

“The crash threw everyone off the trailer and into each other and into the trees.” – Sgt. Joel Davis, from the State Fire Marshal’s office.

He also added that the accident happened because the SUV pulling the wagon was prevented from stopping. Sgt. Davis says that the victims were lucky because they were helped by actors participating in the ride’s scenes. Some of them even performed CPR and saved lives. The accident could have been much worse, Sgt. Joel Davis said, trying to remain optimistic.

Out of the 20 passengers that were injured, half-dozen of them had to remain hospitalized the entire afternoon. They were kept for further observation, but it did not appear that their injuries were life-threatening. The only one to lose her life was Charette. The girl came to visit Harvest Hills Farm with a group of friends. Connor Garland, one of the girl’s friends, who also studies at Messalonskee High School, was treated at the Boston Children’s Hospital, declared Steve McCausland, a state police spokesman. 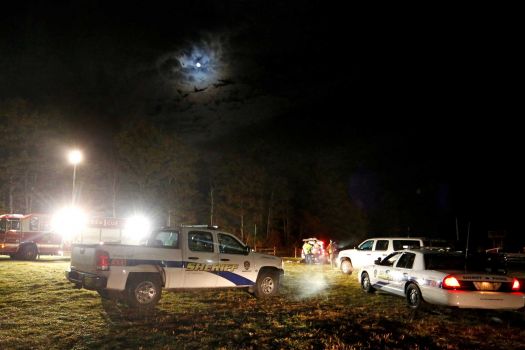 The hayride was being pulled with the help of a 1979 Jeep when the accident happened. Police officers identified the driver as David Brown, age 54. He was also among the victims hospitalized. There is no way that the accident could have been caused by Brown, because he is an experienced trucker. Scott Lansley, a farm spokesman, said that the haunted ride was hosted every year, for the last five years. There was never any accident reported.

“Our hearts and prayers go out to the family. We are a tight community. This is really a tragedy for us.” – Scott Lansley, farm spokesman

After the accident, the entire park was evacuated. Although state fire marshals inspect and license all mechanical amusement rides, they are not required to also check hayrides. At the moment, there is an ongoing investigation which will determine whether or not there is any criminal liability. The case will be automatically forwarded to the district attorney.