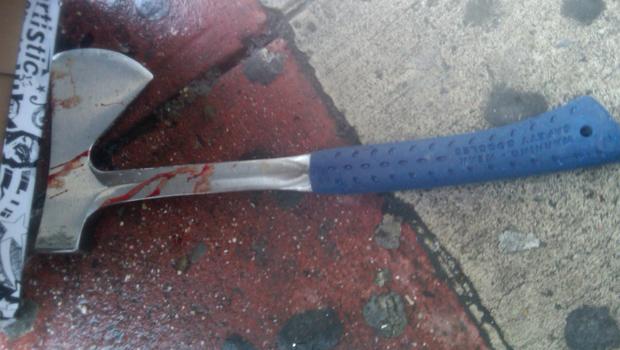 Four rookie officers were attacked by a man with a hatchet on Thursday, at around 2 P.M. The suspect raised his weapon without any warning, and charged at the police officials, says Commissioner Bill Bratton. As a reaction to the assailant’s attack, officers took out their weapons and fired several rounds. Zale Thompson, the attacker, was killed and a female bystander was wounded.

“Nothing was said at the time of the assault. The suspect was described as having charged at the officers.” – Police Commissioner Bill Bratton

One of the officer was hospitalized due to severe head wounds, and the 18 inches long hatchet was recovered by investigators. This assault reinforces the claims made by Bill Bratton, who mentioned the possibility of lone wolf terror attacks on several occasions.

After extensive investigations it was concluded that the suspect, Zale Thompson, a radicalist, was responsible for the act of terrorism. Thompson was a converted Muslim who ranted online against the United States, even if he had no clear ties with international terrorist factions. Police is still trying to determine if the attack was planned or random.

Investigators swept through Thompson’s computer for more clues, and they discovered Google queries for terror groups, beheadings and the Canada shooting which occurred earlier this week. In addition to this, Thomspon also had a Facebook page linked to his profile which shared a photo of an Islamic warrior and a Koran quote. In addition to this, the suspect had also posted a comment on YouTube in which he was advocating for ‘holy war’: 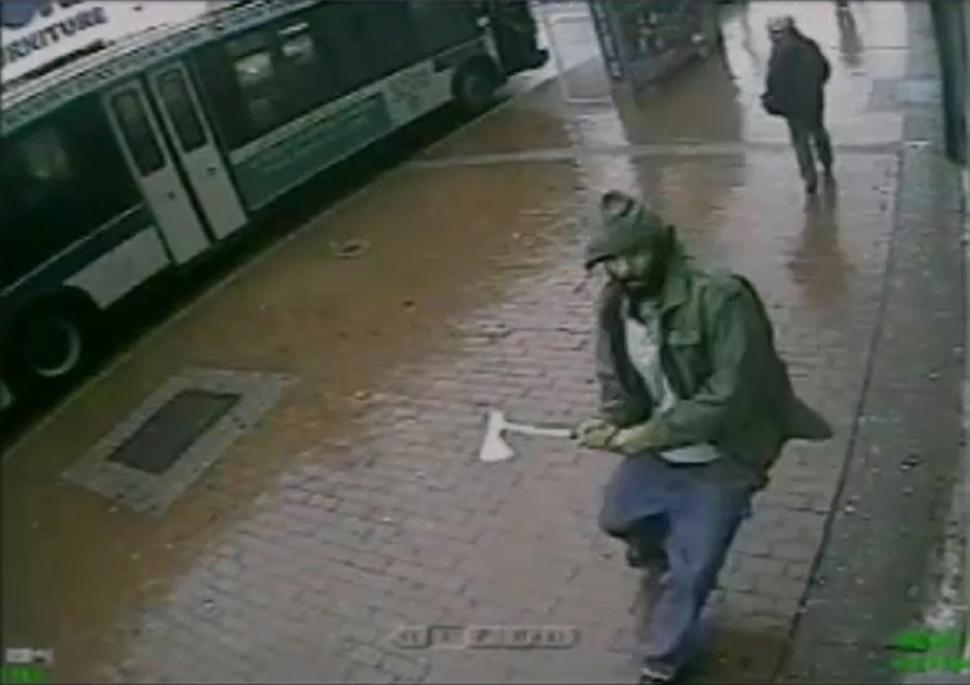 “If you are looking for ‘perfect’ Muslims who never make any mistakes in their jihad, then you will be looking in vain.”

Authorities also suspect that Thompson was suffering from a mental illness and they were trying to determine if he had any history of mental diseases. Commissioner Bratton is comfortable with calling this a terror attack.

Although officials are still unsure if the attack was planned or not, surveillance cameras caught the suspect as he was taking the hatchet out of his backpack, with clear intent of assaulting the officers. Frank Sha Francois, one of Thompson’s Facebook friends came to the terrorist’s defense saying that he simply wanted to protect his kids.