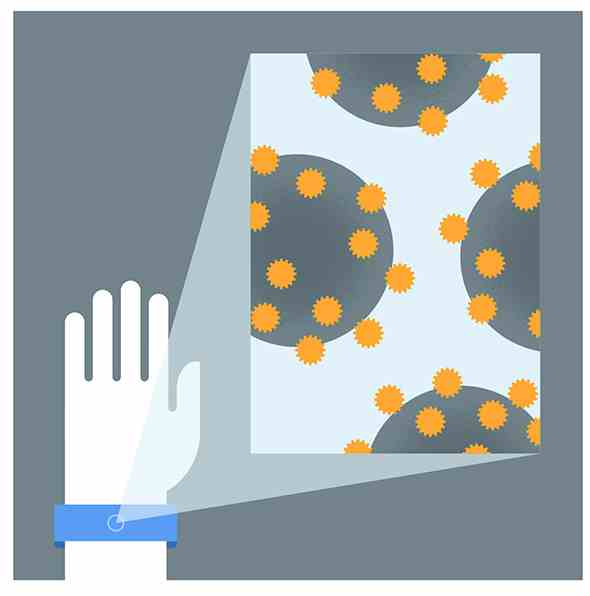 Google plans to develop nanoparticles that will help you find out if you have cancer during the early stages of the disease. Google X, the company’s arm that searches for revolutionary innovations, came up with the idea of placing high-tech nanoparticles in the bloodstream to analyze any changes in the fluid’s chemistry.

Cancerous tissue can be detected early on if properly investigated. Nanoparticles will serve as a key instrument in a system devised to constantly monitor changes. A device, possibly a smart wrist band, will collect the info and send it to your doctor for further analysis. Due to the recent technological breakthroughs, Google managed to create nanoparticles 200 times smaller than a red blood cell. The project is led by Dr. Andrew Conrad, who is renowned for inventing a cheap HIV test.

According to Dr. Conrad, the device would be similar to Tricorder, the multifunctional analysis device from Star Trek used to scan bodies to collect health related data. Google already filed “a substantial body of patents,” Conrad said.

The nanoparticles will contain iron and a coating that will allow them to decipher each chemical running through the bloodstream. The external device will be used to trace the magnetic field created while the particles move inside the body. Researchers are also looking at ways of sticking the nanoparticles to cancerous cells.

Moreover, nanoparticles may be used to detect fat deposits on blood vessels just in time before they block the bloodstream and produce a heart attack.

Nanoparticle development lies at the crossroads between biology and engineering, Conrad explains. Naturally, he leads a research team containing cancer specialists, electrical and mechanical engineers, as well as an astrophysicist.

While the research team will further enhance the product, they expect to partner up with experienced companies that will place the product on the market. “Our partners would take care of all that stuff. We’re the inventors and creators of the technology,” Conrad said.

Some may find the idea of ingesting a Google pill unsettling. But will the option of detecting early or reoccurring cancers be more or less troubling?

We will definitely hear other similarly striking announcement from Google X. The lab already developed a series of experimental products that seem taken out of a SF movie: glucose measuring contact lenses, balloons that can expand Internet coverage, as well as driverless cars.