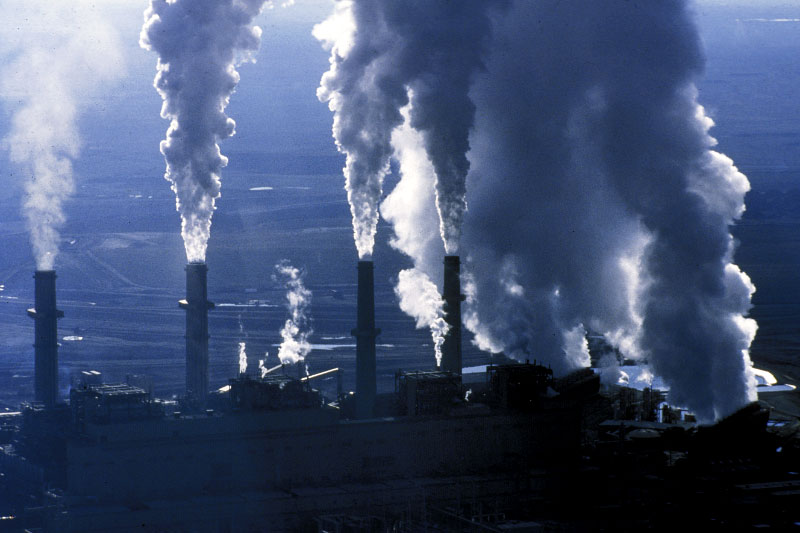 The global CO2 emissions broke new records in 2013, according to a recent report released by Global Carbon Project. More than ever, political leaders have to reach a consensus over how  to tackle the problem efficiently. Unfortunately, so far they failed to turn most of the promises made during previous events such as the recent UN Climate Change Summit into concrete actions.

The report states that the level of carbon emissions in 2013 was 61 percent higher than the one from 1990. Compared to the previous year, the level was 2.3 percent higher. However, the roles of main polluters have been embraced by new countries. Last year, China accounted for 28 percent of the global carbon emissions. The US produced 14 percent and the EU 10 percent. The next one, India, made up 7 percent. ‘Developed’ and ‘developing’ countries swapped positions, according to the report.

Measured per capita, the Chinese carbon emissions surpassed the EU ones, but the situation changes when we look at the level per person, which is much lower.

While President Obama said that the US and China have to take appropriate measures to cut carbon emissions, as they are the main polluters, the Chinese premier has a different approach. In fact, China did not send a delegation to the recent climate change summit, rendering the gathering partially useless.

The environment does not have a national conscience, so the problem rests with all of us, whether we are Americans or Chinese. The foundation of the problem lies in the adoption of the classical development model based on heavy industrialization. China now claims the right to follow the same path to economic success. The rest of the world enjoys Chinese products, but the responsibility is passed on to the Asian country.

Changing the grammar might be a start. Terms such as ‘developed’ and ‘developing’ countries carry the burden of the now anachronistic theory of the stages of economic growth, emitted by Rostow in the 1950s.

But, in the end, those who produce the highest level of carbon emissions are not the poor, but the wealthy, according to another report. The average Chinese person produces in fact far less pollution the American or the European. The rest of the pollution stems from the production of export goods.

Kevin Anderson, professor of energy and climate change at the University of Manchester, told Slate after looking at the report that the emission of carbon can be seen more clearly through a class lens.