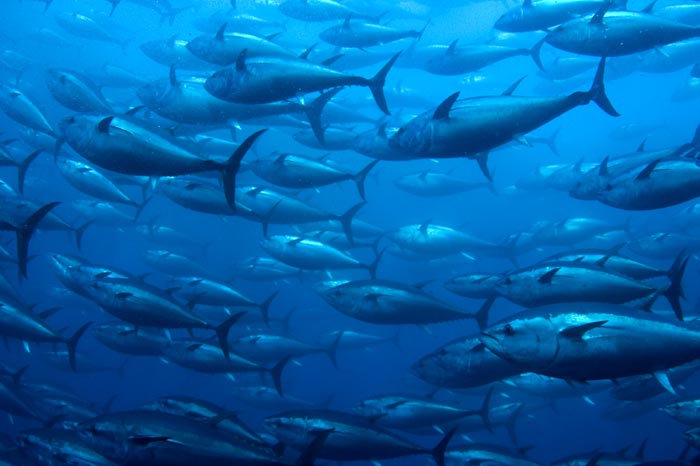 A University of British Columbia study shows that as the climate warms, fish populations migrate from the tropics to colder waters. If most scientific data shows that climate change is a fact, various projects attempt to understand the specific changes suffered by any part of the ecosystem. Changes that are better understood can be encountered with adequate time sensitive policies.

What will happen by 2050 or 2100 are questions often posed by scientists looking to create models of environmental change. The date is usually regarded as the deadline of a potential political goal, whereas politics are understood as a very slow process.

This time, associate professor William Cheung wanted to find out what will happen to the fish population as the ocean waters warm by one to three degrees Celsius until the end of the century. Researchers used the same climate change scenarios as the Intergovernmental Panel on Climate Change.

The team looked at 802 commercially relevant fish and invertebrate species. The modeling showed that if the ocean warms by three degrees Celsius, the fish will adopt other habitats at a rate of 26 kilometers per decade. The number will be closer to 15 km is the waters warm by just 1 degree. Observations made during the previous decades support the team’s findings.

Tropical countries may end up suffering even more from the effects of climate change than the highly industrialized countries who actively polluted he environment and led the change.

“The tropics will be the overall losers,” says William Cheung, associate professor at the UBC Fisheries Centre and co-author of this study, published today in ICES Journal of Marine Science.  “This area has a high dependence on fish for food, diet and nutrition. We’ll see a loss of fish populations that are important to the fisheries and communities in these regions.”

Moreover, the northern countries may benefit from the move, as fishing in the Arctic Ocean will be much more rewarding. Cod, tuna, halibut and herring may move closer to the Arctic Ocean. But the endemic species may suffer as well, as competition for resources will become fiercer.

International regulation will have to be adapted to allow a fair exploitation of the fish. Until fish migration will be properly understood, researchers warn Nordic countries to impose conservation policies. Fish are highly sensitive to environment changes and they need a period to adapt their reproduction practices.