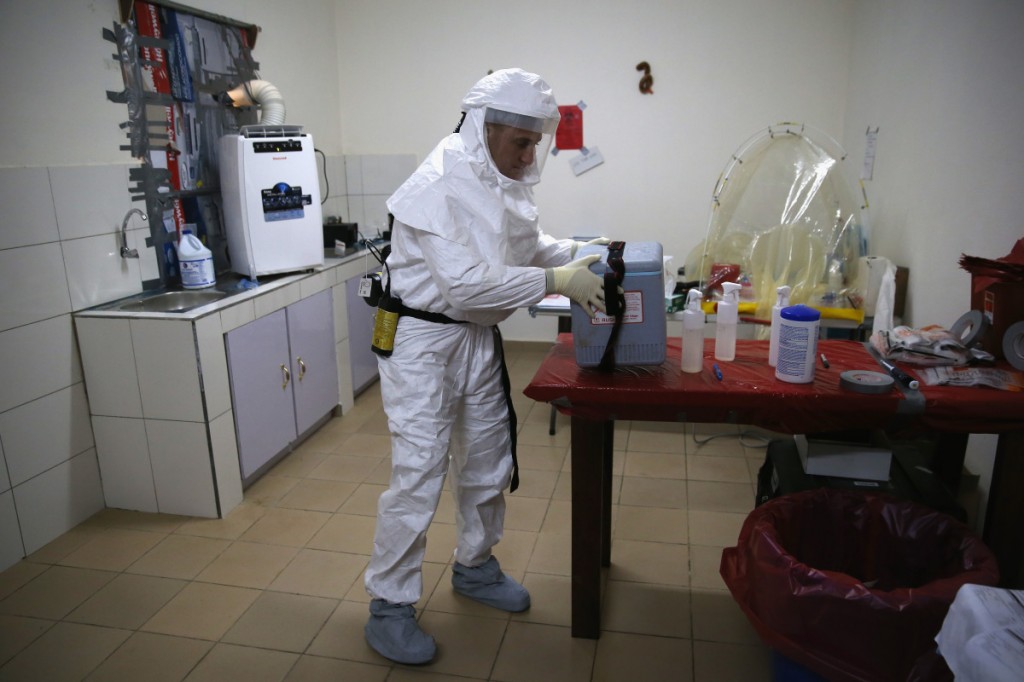 The Geneva, Switzerland-based World Health Organization chose two Ebola vaccines as the most promising candidates in the fight against the deadly virus. One of them, called rVSV, is developed by the Canadian National Microbiology Laboratory in Winnipeg. GlaxoSmithKline, a British pharma company, makes the other promising vaccine, ChAd3. Either way, we will have an Ebola vaccine available soon.

A batch of 800 vials of rVSV is already on the way to Geneva. The experimental vaccine is highly sensitive to temperature variations. The ideal storing temperature is lower than minus 112 degrees Fahrenheit (- 80 degrees Celsius). Marie-Paule Kieny, assistant director general of the World Health Organization, is worried that if the vials would already be distributed to other locations, they might be exposed to improper conditions.

“It’s better to keep them in a central pool than to start to spread them around and then to try to keep track of whether of all the mini-stocks we have been kept at the right temperature,” Kieny told reporters.

The vaccine has proved to be efficient on monkeys. Ten volunteers have already been going through clinical trials in the US in September. Swiss hospitals will soon start testing the vaccine on humans.

More than 4,500 people infected with Ebola virus have died so far and more than 9,000 cases have been reported in West Africa, meaning that the Ebola vaccine available soon is amazing news.

The vaccine contains just one Ebola protein, meaning that the volunteers face no risks of catching the disease, the WHO representative said. Nevertheless, the trials will offer a final answer on the matter, as well as clear out how the immune system responds to the solution.

Right now, the most important goal of the trials is to find out the right dosage needed to counter the virus. The result will help producers estimate the quantity they have to produce. However, Kieny expects the trials to last between six months and one year. If the trials go according to plan, the final vaccine will be available to Ebola stricken countries in early 2015.

Two sets of trials will be performed in Swiss hospitals. The total number of volunteers will reach 240, around half of all the volunteers from around the world.

Even if mass production will not be available as soon as possible, giving the vaccine to health workers may ease the medical efforts to contain the outbreak. Unfortunately, the largest Ebola epidemic raises countless ethical dilemmas. At this point, ethical dilemmas are welcome if we have the Ebola vaccine available soon.