You are here: Home / Health / Ebola Czar to be Appointed by President Obama 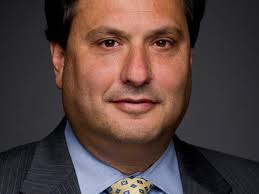 Klain has already tackled some difficult situations, among which, the financial crisis, as well as serving under two vice presidents, however, his newest job may just prove to be his toughest challenge to date. Between 2009 and 2011, Klain was Vice President Joe Biden’s chief of staff, filling the position for the second time after his 1995-1999 tenure under Vice President Al Gore.

During President Barack Obama’s first term, Klain was out of office, however, his key role during the 2000 Florida presidential election recount made the president pick him for this important mission. He will be reporting to homeland security and counterterrorism adviser Lisa Monaco as well as national security adviser Susan Rice.

The only thing that Klain’s resume lacks is a medical background, and there are some who believe that this will have a negative impact on his efforts of containing the Ebola situation. Although Klain does not have any public health experience, the White House has named the position he is filling “Ebola response coordinator”, which suggests that he will have a decisive role in synchronizing various agencies in their response.

The White House had initially resisted congressional suggestions that they appoint a lead figure on the Ebola effort, claiming that the different agencies had specific responsibilities. However, on Thursday, president Obama conceded that a point person coordinating the national effort might in fact be useful.

“It may make sense for us to have one person … so that after this initial surge of activity we can have a more regular process just to make sure we are crossing all the Ts and dotting all the Is,”

He also noted that several of his advisers, CDC director Dr. Thomas Frieden included, were confronting other priorities. Frieden for instance also has to deal with flu season while Monaco and Rice are dealing with the Islamic State militants in Syria.

Despite his lack of public health experience, Klain brings strong management credentials with him, as well as extensive federal government experience and excellent relationships with Congress members. These alone should help the Ebola response coordinator ease into his difficult mission.