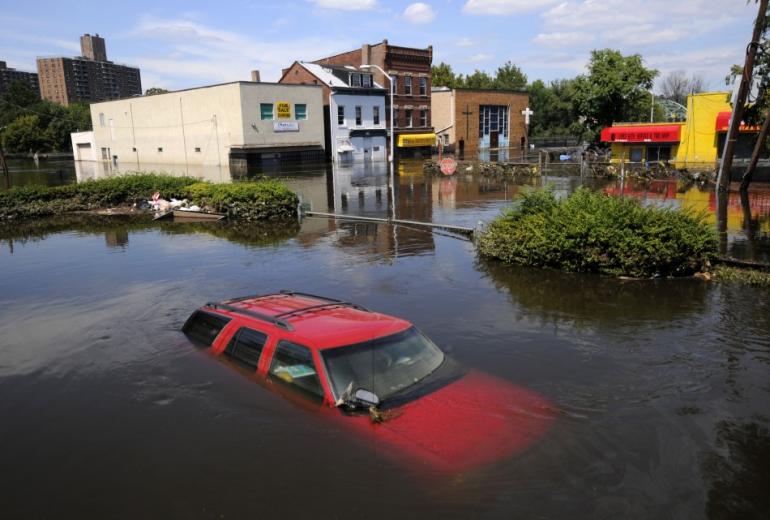 Because the sea level rises, the East Coast will end up suffering from daily tidal floods, a research shows. The Union of Concerned Scientists looked at data concerning 52 cities and reached the conclusion that by 2045, many of them will face tidal floods even more than once a day.

The cities, stretching for Portland, Maine to Freeport, Texas, will end up being victims of climate change. As the sea level rises, the number of floods increases. The authors compare the events with slam dunks. If the floor is closer to the basket, the number of slam dunks will increase.

In three decades from now, some cities, like Washington DC and Annapolis, will witness around 400 floods each year. Miami, Atlantic City, Lewisetta and Windmill Point, among others, will only experience around 240 days of flooding. Baltimore, Norfolk, Philadelphia and Charleston will have 180 days when they will struggle with flooding in 2045.

“Several decades ago, flooding at high tide was simply not a problem,” said Melanie Fitzpatrick, report co-author and climate scientist at UCS. “Today, when the tide is extra high, people find themselves splashing through downtown Miami, Norfolk and Annapolis on sunny days and dealing with flooded roads in Atlantic City, Savannah and  the coast of New Hampshire.”

The authors warn that other cities not included in the analysis will probably have to prepare for a similar fate. The study included two projections, one for 2030 and another for 2045. In 15 years from now, the number of annual tidal floods may triple and, in some cases, it may increase tenfold in 30 years.

What today is called a ‘nuisance flood’ will end up being a huge problem, as they will transform into ‘extensive’ floods – “floods that are deeper, reach further inland, last longer and threaten life and property.” They will be present in seven cities.

The problem is that global warming causes the polar ice caps to melt and rise the ocean levels, as Melanie Fitzpatrick, UCS climate scientist, says. She urges for international and national action to stop the pollution causing the climate to heat up.

Local municipalities will now have an extra budget category to address. In order to reduce the devastating effects of tidal flooding, they will need to invest unprecedented sums in adequate infrastructure. Miami already invested $400 million in a new pumping stations, while Norfolk needs to invest $1 billion in the flood protection system.