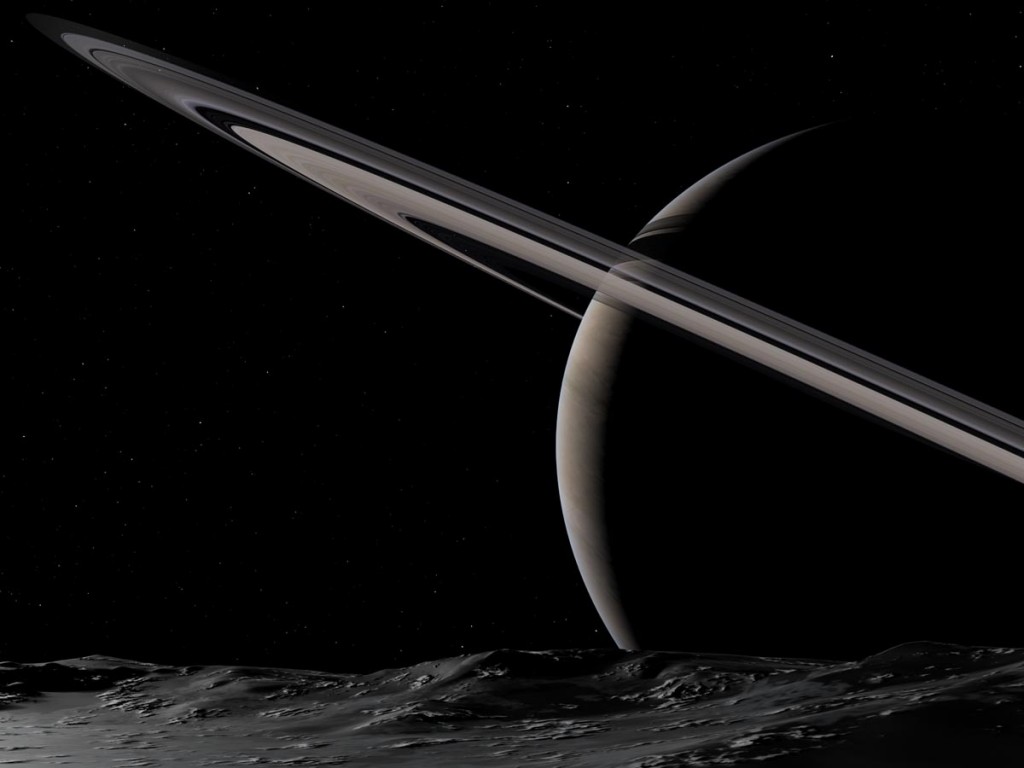 Mimas, one of Saturn’s more mysterious moons has been shown to have a telltale wobble that might just be indicative of the presence of underground water (or even a subterranean ocean).

A new study conducted by an international team of astronomers has focused on Mimas, the smallest of Saturn’s main moons. Scientists from the United States, Belgium and France have taken countless high-resolution photographs of Mimas (also called the “Death Star”) with the help of the Cassini spacecraft. Their calculations suggested that the celestial body either has a frozen core that is shaped exactly like a football, or it contains water in liquid state.

“The data suggest that something is not right, so to speak, inside Mimas,”

Astronomers measured double the amount of wobble that they would have expected for a celestial body such as Mimas.

In light of this discovery, scientists decided to build a 3D moldel of the Death Star using the images obtained from the Cassini spacecraft. The celestial body has received its name because of its cratered surface, which possesses a rather unique feature, the Herschel Crater. This crater reminds astronomers of the Star Wars space station and has led to Mimas’s nickname. Its size is roughly one third of the entire moon.

Astronomers first believed that this extra rotation was caused by a large mass anomaly underneath the Herschel Crater, however, even if it were so, the team still wouldn’t have found such a large wobble.

“This is where we started thinking of more exotic interior models. When we saw this wobbling, the first thing we thought of was an ocean.”

This new hypothesis led to unparalleled excitement among astronomers studying Saturn’s moon. According to a Cornell statement:

“Nature is essentially allowing us to do the same thing that a child does when she shakes a wrapped gift in hopes of figuring out what’s hidden inside.”

If the Death Star does indeed possess a subterranean ocean, it would enter the exclusive club that also includes some of Jupiter’s moons as well as Enceladus and Titan, Saturn’s other moons. However, Tajeddine isn’t convinced that astronomers will find an ocean because of the lack of geological activity signs on Mimas’ surface.