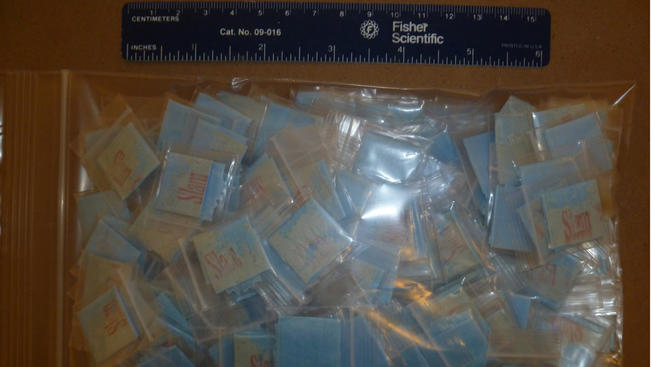 Police officers arrested a Delaware mother whose daughter unknowingly brought 250 packets of heroin to her daycare and gave them to her classmates, believing they were candy.

Authorities were alerted around 11:45 AM after the daycare staff at the Hickory Tree Child Care Center on Hickory Tree Lane in Selbyville noted that the little ones were playing with small bags of an unknown substance. Delaware State Troopers and Medics were called in immediately. In the meantime, teachers and daycare staff removed the powdery substance and handed it over to authorities, who determined that it was, indeed, heroin.

Ashley Tull, 30, was arrested soon after and charged with drug possession as well as endangering the welfare of children, a Delaware State Police statement said.

As a precaution, the children who received the unopened bags were immediately taken to nearby hospitals as a precautionary measure, but were soon released, police said.

Investigators say that Tull’s 4 year old daughter had unknowingly brought the heroin packets with her to school inside a backpack that her mother gave her, after the other backpack had been ruined by their pet. She handed the packets out to her classmates thinking they were candy, investigators explained, after finding 249 bags of heroin weighing over 3,700 grams.

The 30 year old mother was interviewed by investigators and, after posting $6,000 bail, she was released.

Her three children, the 4 year old girl who brought the whole situation to light, her 9 year old son and her 11 year old daughter were all taken from Tull’s custody and brought to a relative until the investigation is concluded. During that time, Ashley Tull is prohibited from having any contact with her children.

In another statement made by Delaware Police Department, officers said that more charges would soon be filed as the investigation is still underway.