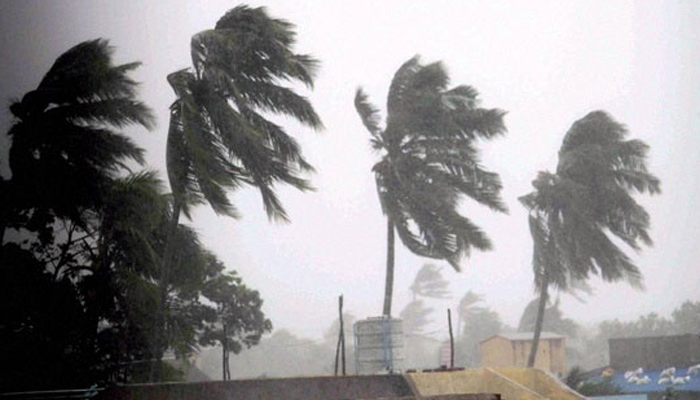 On Sunday, cyclone Hudhud hit the coastal district of Andhra Pradesh and Odisha. With its raging 200kmph winds and heavy rains, the cyclone destroyed everything in its way and also claimed the life of six people. The trail of devastation made landfall at Visakhapatnam. It is here that the most severe damage was recorded.

Approximately 400.000 people were evacuated in order to relief camps. According to reports, 250.000 people from four districts of AP, and 156.000 from nine districts of Odisha will be moved to more secure places once officials find out more about water levels.

Cyclone Hudhud no longer represents a threat. It has lost its intensity by evening. Its speed has also gone down from 220 kmph to 100-110 kmph. Specialists from IMD say that it converted from a very severe cyclonic storm to a severe storm.

Nevertheless, the damages has been done. The high velocity winds that battered Visakhapatnam left serious scars. Visakhapatnam is also home to a Naval Base, East Godavari, Vizianagaram and Srikakulam districts. Shortly after Cyclone Hudhud made landfall, power and communication went down, and railways & roads had to be closed. Officials say that the port city has been without power supply since last night. Communication systems have also collapsed in several areas.

The cyclone left disaster in its wake. Trees were uprooted, roofs were blown to bits, sheds and hoardings were ravaged. All that remained was deserted streets and terrified residents. The death toll was six. Three people died in AP and three died in Odisha, according to an official statement from Delhi. This statement also added that electricity and communication services have been “considerably damaged”. 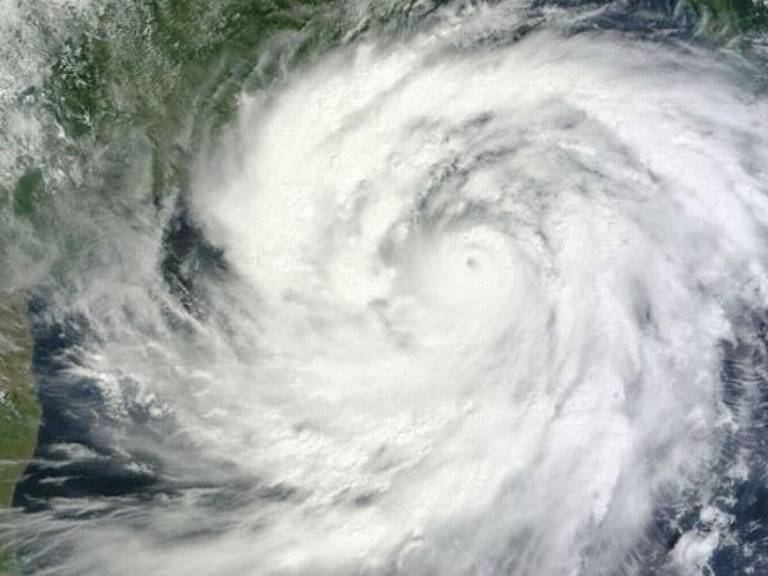 Because of Cyclone Hudhud, 50 trains were cancelled, and 50 others were re-routed to avoid the Vizag route. According to AP’s Disaster Management Department, the cyclone damaged railways and the airport severely. 70 houses were also damaged by the storm.

“Three deaths have been reported due to impact of Hudhud. Two died after trees fell on them and one in collapse of compound-wall in Visakhapatnam and Srikakulam districts, respectively.” – IVR Krishna Rao, AP chief secretary

Laxman Singth Ratorhe, IMD Director, said in Delhi that the cyclone crossed the AP coastline with winds at the speed of 170-180 kmph and they gusted up to 195 kmph. Prime Minister Narendra Modi also spoke of this situation with chief minister Chandrabubu Naidu. He reassured the chief minister that help will be given, as NDRF teams were pressed into service. Naidu requested that the cyclone be declared a “national calamity”.

“The situation is serious.” – Chandrabubu Naidu

At the moment, 24 teams from the NDRF (National Disaster Response Force), four Army columns and six helicopters are moving in for rescue and relief operations.