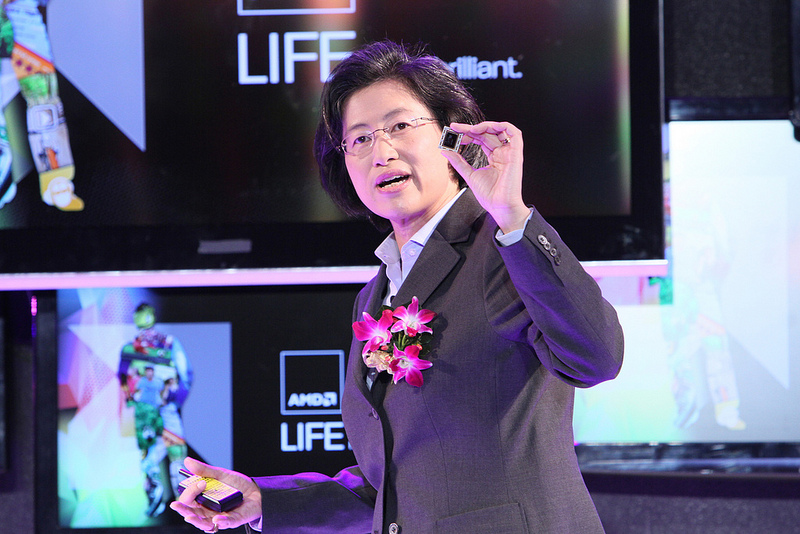 Advanced Micro Devices decided that Chief Operating Officer Lisa Sue will replace Rory Read as the chief executive. Read’s mandate started in 2011 and did not yield the expected results. In fact, AMD managed to lose more market share during the last three years, while its rival, Intel, maintains a strong leadership.

Lisa Su, 44, earned a Phd from Massachusetts Institute of Technology. She works for AMD since 2012 and holds the COO position since July 1. Before joining AMD, Su was Senior Vice President of Freescale Semiconductor Holdings from 2007 to 2011.

Recent diversity reports state that Silicon Valley is dominated by men. Having a woman leading one of the largest tech company is a great example to be followed by other companies. The majority of the first computer programmers were women, but as the domain rapidly advanced in the 80s, men started taking over.

During the press meeting, Read praised Su. “She’s a semiconductor professional,” he said. “She loves this space. She knows this space.” Read pointed that “Lisa’s ready and this is the right step in the transformation to lead forward.” Read will step down, but he will continue to work for AMD as consultant.

Although his performance was less successful than expected, Read managed to bring AMD back on track as he made the company profitable again. AMD provides chips for all major gaming consoles, Microsoft Xbox, Sony Playstation and Nintendo Wii. The major success will remain Read’s most significant legacy as CEO.

Now the company will follow a three step transformation. First, AMD’s business will be reset, then it will be restructured and, finally, the third step will comprise “right technology investments.” While the language is vague, Su added that AMD will continue to diversify its products.

Analysts claim that the move is important because, even with around 20 percent market share, AMD is Intel’s strongest competitor. Vigorous market competition will be highly beneficial to average users. But the battle takes place on a shaky ground.

Intel is still the king of silicon, but its reign may not last for long. Both Intel and AMD, the veterans of PC microprocessors, have to face competition from Qualcomm and Samsung, among others. Samsung recently announced a massive $15 billion investment in a new chip plant in South Korea. As the PC is rapidly being replaced by mobile computing units, Intel and AMD may soon face Microsoft’s fate. Once the leader of the software market, the giant now struggles to catch up with Google.