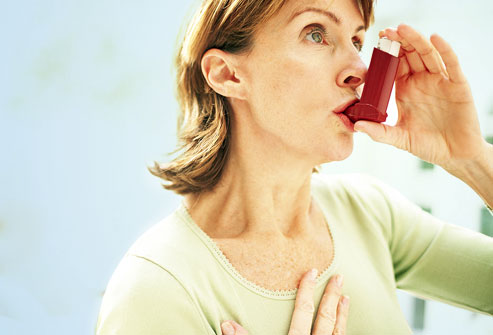 A British research team has identified a sequence of biological events that could be responsible for triggering life-threatening asthma attacks in those suffering from colds. This finding may be the key in the development of effective pharmaceutical compounds.

In a study recently published in the Science Translational Medicine journal, scientists explain that a small molecule called cytokine IL-25 may represent the key player in the way that viruses causing colds affect asthma patients.

According to World Health Organization estimates, over 235 million people suffer from asthma all around the globe. Asthma is in fact the most common chronic disease among children. A patient that is suffering from asthma is more likely to experience asthma attacks in the case of a viral infection of the airways. Around 80-90 percent of asthma attacks occur in such cases, and rhinoviruses are by far the most common causing agent.

“Our research has shown … that the cells that line the airways of asthmatics are more prone to producing a small molecule called IL-25, which then appears to trigger a chain of events that causes attacks,”

Bartlett co-led the study and found, together with his research team, that a drug which could specifically target the molecule responsible for the cascade of events would probably represent the golden grail in treating the illness. He added that this much-needed new treatment could help doctors control potentially life-threatening reactions in asthma sufferers that result in hospitalization or worse.

While it is clear that asthma attacks are part of type-2 immune responses, more often encountered in parasitic infections or allergies, doctor’s hadn’t explained the connection between rhinovirus infections and such events until now.

The study conducted by Bartlett and his co-workers shows that IL-25 is induced by such infections and is responsible of causing the production of other type-2 cytokines. It eventually creates a cascade that drives the immune response.

“The next steps are to test blocking IL-25 in humans and to investigate other possible pathways that could be important in asthma attacks and pool this knowledge to develop effective treatments,”