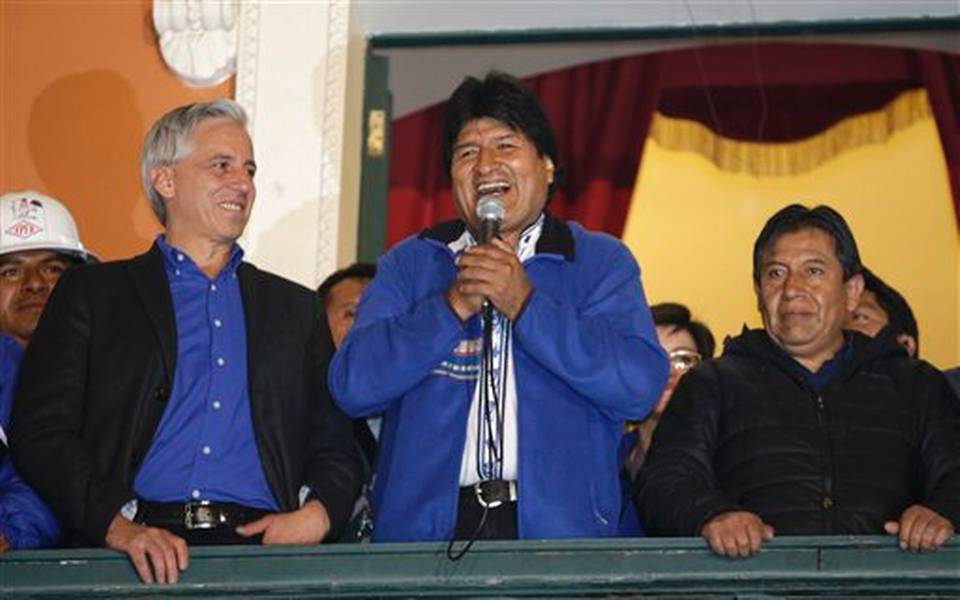 Bolivian President Evo Morales won a third term after the Sunday elections. Even if the official results were not out yet, polls showed that the indigenous socialist president had more than 60 percent of the votes. The runner up, businessman Samuel Doria Medina, managed to collect just 24 percent of the votes. The Socialist leader dedicated the victory to Cuba’s Fidel Castro.

In his speech, Morales said that “this was a debate on two models: nationalisation or privatisation. Nationalisation won with more than 60 percent.” The president added that “this win is a triumph for anti-imperialists and anti-colonialists.”

Morales is the first indigenous president of the South American country. His first term started in 2006 and he was elected for a second term in 2009. The third term will end in January 2020.

The new Bolivian constitution was signed in 2009 and prohibits anyone from seeking a third term. However, Morales started his first term before the new constitution was passed and the Supreme Court allowed him to run for the third term. Morales declared that this will be his last.

Morales and his party Movement for Socialism implemented policies that relied on the nationalization of the oil and gas industries. The revenue helped the administration fund welfare programs, improve the infrastructure and construct  new schools.

Bolivia is one of the poorest countries on the continent. However, while in 2006, one third of the population was living in extreme poverty, now the ratio has been reduced to a fifth.

Morales had a more pragmatic vision and avoided huge spending and debt accumulation, unlike his former ally Hugo Chavez. Now Bolivia has an impressive international reserve and its economic growth is forecast at 5 percent for 2014. During Morales’ terms, Bolivia’s GDP rose by 126 percent.

Previous economic figures show a cautious fiscal approach, but as the country’s gas reserves decline, the government may have to change its policies sooner than expected. With electoral promises including 10 percent pay raise for workers at some state owned companies, the country may end up running on deficit in the near future.

“Evo’s balancing act will be increasingly tough to maintain,” said Michael Shifter, president of the Washington-based Inter-American Dialogue think tank to Associated Press. “Although Evo has proven to be a resourceful and resilient politician, who knows his country well, it would be surprising if the next five years go as swimmingly as the last five.”