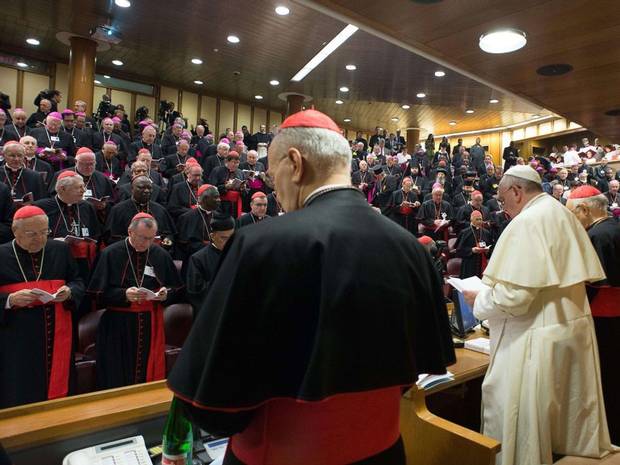 Catholic gay rights groups expressed their disappointment with the bishop’s rejection of the Vatican’s proposals for wider acceptance of homosexual Catholics. The proposal to “accept and value” gay church members was still only in draft form, however, it had the Pope’s support. Sadly, the draft failed to gain the backing of two thirds of the bishops assembled at the synod in Rome.

The final report has actually disappointed those who had received hopes that the Catholic Church would change their approach towards them: divorced and remarried church members are also not going to be able to receive communion, the final report says. Anti-gay discrimination is “to be avoided”, the same report said.

During these synod, more than 200 bishops the world over have spent two weeks discussing important and controversial issues around family life at the Vatican. They will convene again next year for further discussion.

This synod has revealed, however, that there are opposite views within the Catholic Church over how to adapt traditional views and teachings on human sexuality to the 21st Century forward-thinking attitudes.

The Pope had urged traditionalists to look beyond their views and attempt to bring the Church closer to its sons and daughters as opposed to locking themselves within the letter of the law. Sadly, conservative cardinals and bishops did not share Pope Francis’ view.

Several gay rights groups, such as the New Ways Ministry, were very disappointed to hear that the final version of the report did not include:

“the gracious welcome to lesbian and gay people that the draft of the report included”.

They did note that there is hope for further discussion after seeing the synod’s openness to discussion.

“Unfortunately, today, doctrine won out over pastoral need. It is disappointing that those who recognized the need for a more inclusive Church were defeated.”

another group, Dignity USA said in a statement.

What must be mentioned, however, is that the discussions about the place of homosexuality within families were an enormous achievement in themselves, because many of the bishops present at the synod were from countries where homosexuality is still illegal.

“We have now got an acceptance that we need a new language in the Church when talking about gay couples and homosexuality in general,”

The report insisted on the point that no analogies can be made between a same-sex union and a marriage between a man and a woman, but that in spite of this:

“men and women with homosexual tendencies must be welcomed with respect and delicacy”.