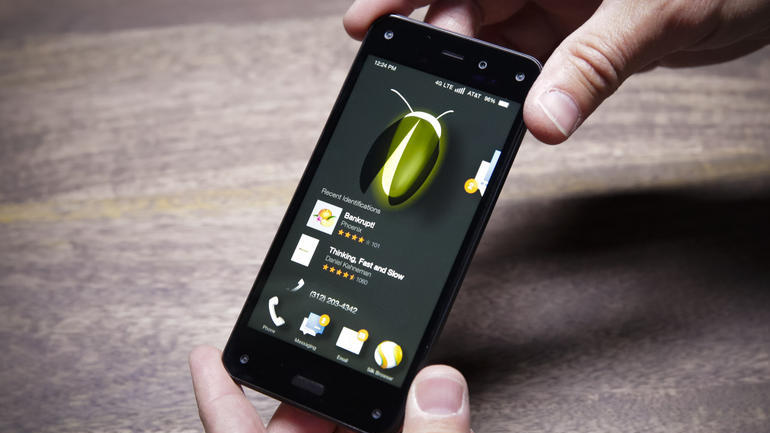 Amazon Fire phone was a complete disaster. As most analysts expected it, the company’s third quarter financial report was disappointing. Amazon had to take a $170 million charge “primarily related to Fire phone inventory valuation and supplier commitment costs.” What will the industry learn from Amazon’s mistake?

We all know Amazon as one of the most innovative companies. A home-brewed smartphone seemed a logical step after Kindle. They went for it, but they made a couple of serious mistakes on the way. Amazon Senior Vice President of Devices David Limp told a Fortune interviewer what the real issue was.

“We didn’t get the price right,” Limp admitted. “I think people come to expect a great value, and we sort of mismatched expectations. We thought we had it right. But we’re also willing to say, ‘we missed.’ And so we corrected.”

A glimpse at the product’s reviews on Amazon say a different story. The smartphone’s main technical gimmick is the Dynamic Perspective UI based on four different front cameras. Although it seems to be an exciting feature, the enthusiasm drops fast when you actually have to use the smartphone for longer periods.

That is when other shortcomings get in your way. Amazon Fire phone comes with its own Fire OS, which is not very friendly with Google products, although it is an Android-based OS. Not too many apps are available for the smartphone. Consequently, frustration levels reached impressive heights among users.

Customers understood and agreed with Amazon’s strategy for devices: subsidize a high quality product to obtain increased revenue on the long term from online purchases. But while Kindle was a true technological innovation, Fire phone was released on a mature market. Finally, on top of everything else, Amazon chose the worst price strategy, while making the phone AT&T exclusive.

Fire phone initially sold for $199 for the 32 GB version and $299 for the 64 GB one. The price was reduced to just $1 soon and the phone was even bundled with Kindle Fire HDX tablet for $49.

“We are going to keep iterating software features to get it better and better,” said Limp. “Each release that we’re doing, we’re learning. Beyond that, I leave it out there to see what people think.”

So what will Amazon do with all those unsold Fire phones? Hopefully, they will choose another strategy than Atari in 1983: the gaming comapny buried around 1 million unsold game cartridges in a New Mexico landfill discovered earlier this year.