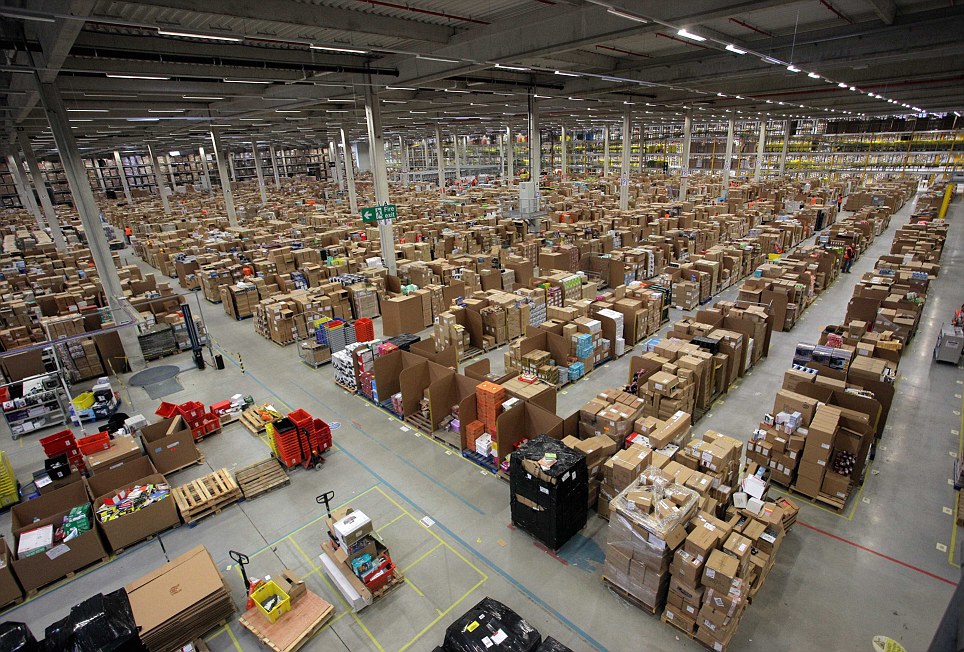 The Christmas Holidays grow closer, and as we now, so do all our shopping sprees. In an attempt to meet the higher demand that comes around Christmastime, Amazon has decided to add 80,000 temporary jobs in the United States alone. Workers will be hired across 15 sorting centers and 50 warehouses, as the holiday rush is bound to cause a massive increase in orders.

This year’s number is 14 percent higher than what Amazon hired last year during the same period, however, it is smaller compared to what the 70,000 hires represented over 2012’s numbers. Amazon has also announced that the workers being hired over the holiday season will also have the opportunity of converting these temporary jobs to full-time positions.

“So far this year, we have converted more than 10,000 seasonal employees in the U.S. into regular, full-time roles and we’re looking forward to converting thousands more,”

“We’re looking forward to converting thousands more across our growing network of fulfillment and sortation centers after this holiday season,”

In the same statement, released on Thursday, Roth also voiced his enthusiasm about the creation of so many positions:

“We’re excited to be creating 80,000 seasonal jobs, thousands of which will lead to regular, full-time roles with benefits starting on day one.”

Amazon has been rapidly growing its logistics network, so that its delivery times are as short as possible. The company also offers Sunday deliveries and is planning to launch its own shipping network. The giant online retailer calls its 50 U.S. warehouses “fulfillment centers”, which differ greatly from its sortation centers. The company describes its sortation centers as warehouses full of sealed packages that are transported on conveyor belts and are sorted out by workers and computers (as opposed to traditional fulfillment centers, where employees do all the sorting and shipping themselves).

According to Amazon, their sortation centers fuel:

“a range of innovations like Sunday delivery, later cut-off ordering times for customers and the ability to control packages deeper into the delivery process.”

However, Amazon’s practice of hiring temporary workers also has its critics. A former employee, Steve Baker, wrote a letter addressed to CEO Jeff Bezos describing the loss of productivity Amazon suffers from because of its “revolving door” policy, where temporary staff is only hired for a maximum of 11 months.

In fact, Amazon is the company with the second-highest employee turnover rate among its Fortune 500 competitors.