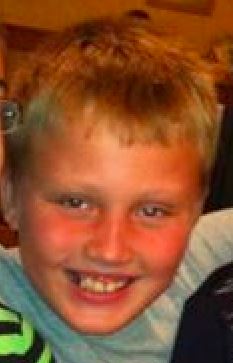 A 10 year old boy has been accused of homicide after allegedly punching a 90 year old woman to death. Prosecutors claim that the boy had been angry with the old woman for yelling at him and that he held a cane against her throat while repeatedly punching her.

It was only then that the child admitted to having punched her and put a cane around her neck, Janine Edwards, Wayne County District Attorney, said.

Later the same day, the boy’s mother brought him into the state police barracks and asked him to tell officers what had happened. Apparently, he had gone into the woman’s room and lost his temper when she started yelling at him.

“He got mad, lost his temper and grabbed a cane and put it around Novak’s throat,”

The boy was then advised his rights and interviewed by a police trooper. In his presence, the boy revealed that he had

“pulled Novak down on the bed and held the cane on her throat and then punched her numerous times.”

After the autopsy, prosecutors confirmed that the woman’s injuries were consistent with what the boy had told authorities. She had signs of blunt force trauma to her neck, which was considered to have been the cause of death.

Because the crime of criminal homicide is not included in juvenile law, prosecutors had no other alternative than to judge the 10 year old as an adult.

Juveniles who stand accused of homicides are generally not identified, however, authorities have released the boy’s name: Tristen Kurilla.

“I was only trying to hurt her,”

Currently, the boy has been detained and will be held without bail until his first preliminary hearing, which is scheduled for the 22nd of October. The boy’s attorney did not return a phone call on Tuesday morning to comment on the situation.