You are here: Home / National News / Woman Executed in Texas for Having Starved 9-Year-Old Boy 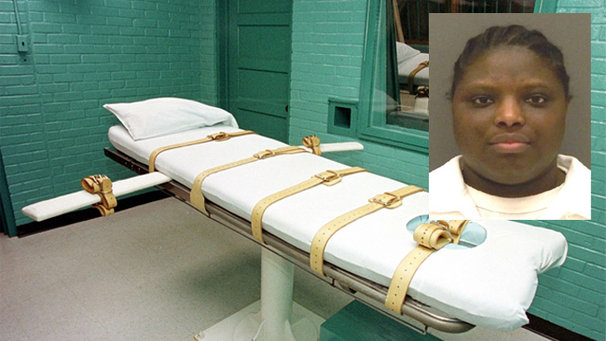 The African American woman that had starved and tortured her girlfriend’s 9 year old boy over ten years ago was executed in Texas on Wednesday, September 17th.

Lisa Coleman, the woman in question, had appealed the court’s decision, but in spite of her last-day appeal, the United States Supreme Court decided to go on with the execution. Coleman received a lethal injection on Wednesday evening. Twelve minutes after the Texas Department of Criminal officials began administering the lethal dose of pentobarbital, Coleman was pronounced dead.

With Coleman’s execution, the number of convicted and executed killers in Texas this year has reached nine (seven men and two women). In the United States, she is the 15th woman since 1976 (when the death penalty was resumed by the Supreme Court) to be executed, while up to 1,400 men met the same fate during the same period.

Her conviction followed the murder and torture of Davontae Williams, the 9 year old boy whose emaciated body was found in 2004 in Coleman’s and her girlfriend’s (Marcella Williams) apartment. When paramedics arrived at the scene, they were shocked to find a 36 pound boy (half the weight that a normal 9 year old boy should be).

During Coleman’s trial, the pediatrician who had examined Davontae’s body testified that the boy had over 250 different injuries on his body, from cigarette burns to scars. He added that the boy had stopped growing because of the extreme starvation he was experiencing.

Prosecutors also made it clear to the jury that there was not an inch on Davontae’s body where scars, burns or bruises weren’t present. Following the evidence, the jury convicted Coleman to death row in 2006. However, she attempted to take a plea bargain and accepted life in prison.

While arguing her case, John Stickels, Coleman’s lawyer, argued that the woman and her girlfriend were misguided in their discipline methods and that the clothesline used to tie up the boy’s hands attested to that.