You are here: Home / National News / Arrest Warrant to be Issued in Trooper Killing 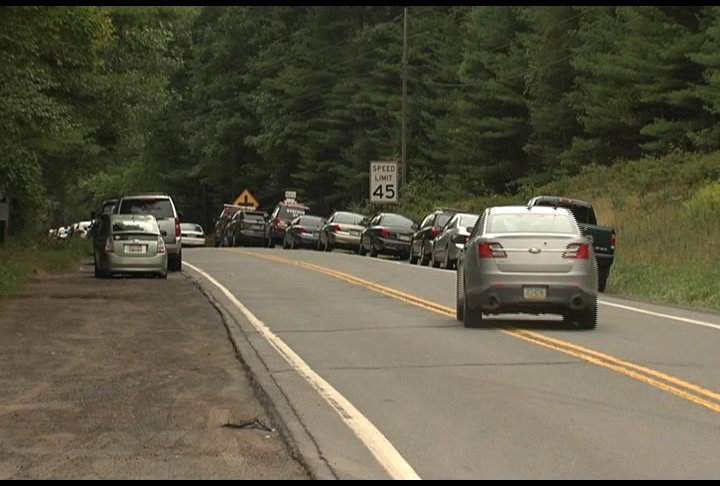 The shooting that took place last week, in which a Pennsylvania State Police officer lost his life is still under much controversy, however, authorities have now finally identified a viable suspect. After having zeroed in on the suspect, an arrest warrant will soon follow.

According to recent information, authorities are now searching for a man that either owns or has rented a Jeep that was noticed near the shooting site (the police barracks in Pike County). Inside the vehicle, police has found significant evidence to link the suspect to the ambush that resulted in the fatal wounding of the police officer.

During the manhunt for the killer who attacked two Pennsylvania State police troopers, a highway was briefly shut down by police on Friday night.

While additional details couldn’t be released during the ongoing investigation, trooper Tom Kelly, state police spokesman, ensured the public that advances had been made in the investigation. Kelly added that Route 402 near the Blooming Grove Township had been shortly close so as to allow police officers to correctly conduct searches without endangering the safety of any motorists.

Magisterial Judge Michael Muth is reported to have approved the search warrant, although a copy of the alleged warrant hasn’t been released. According to the Scranton Times-Tribune, the warrant or any details related to the investigation would only be released after the search is completed.

There are currently no suspects in custody.
The trooper that lost his life during Friday’s ambush is Cpl. Bryon Dickson II, 38 year old father of two. He was leaving the barracks around 11 PM on Friday, at the same time as trooper Alex Douglass was arriving for duty. Douglas was also injured during the attack, while neither he or Dickson could return fire.

There have been very few details released about the shooting: the gunman is alleged to have used a .308 caliber hunting rifle that is commonly used by military sharpshooters or police officers. Civilians apparently also use the incriminated riffle in target practice. The police also hasn’t released the number of shots fired, from where they were shot or how many time the ambushed troopers were hit.

According to Lt. Col. George Bivens, the suspect may have been trained in either military of law enforcement. Bivens made sure to send a message to the attacker, warning him that authorities would find him no matter how hard he tries to intimidate them.