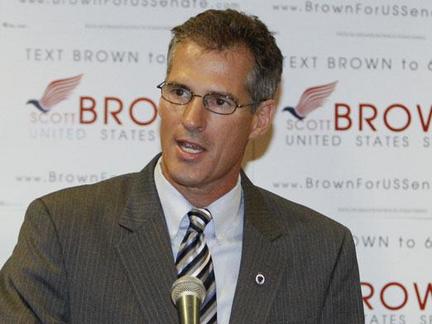 The Republican Candidate for the U.S. Senate, Scott Brown, hopes to complete his efforts in rebranding himself by winning the Republican nomination and running against Jeanne Shaheen in November. The former Massachusetts U.S. Senator has to face the three-way primary with Jim Rubens, the former state Senator, who has already won the support of a new super-PAC meant to reduce the role of money in the United States politics as well as former U.S. Senator Bob Smith in his campaign.

Many Republicans hope that Brown’s campaign will be the needed pillar for them to regain Senate majority and have already begun supporting his campaign. Prominent such politicians like Arizona Senator John McCain, Mitt Romney, the former Massachusetts Governor and 2012 presidential candidate as well as former Florida Governor Jeb Bush have all voiced their support for Scott Brown’s campaign.

Currently, Democrats have the U.S. Senate majority by a margin of 53-45.

Former Senator Scott Brown surprised Massachusetts Democrats back in 2010 when he managed to win Edward M. Kennedy’s Senate seat, a position he had been filling for half a century. In 2012, he lost his seat to Senator Elizabeth Warren during his first re-election bid and after having a short stint as a Fox News commentator, he moved to his home city of New Hampshire, where he began preparing himself for another run for office.

His motto is to be the voice of compromise and so he presented himself in Washington, during his campaign. Rubens and Smith for instance struck less moderate policy positions than him.

The recently formed Super PAC announced their backing of Rubens’ campaign, although their mission of reducing the role of money in politics is most likely improbable.

Mayday PAC was created by a Harvard Law School professor by the name of Lawrence Lessig, who received partial funding from Silicon Valley moguls. After PAC began supporting Rubens, ads began to run in support of the former State Senator, as he too supports the idea that the current campaign finance system needs addressing. According to Lessig, there is a possible taxpayer-funded model that could both fund political campaigns and ensure that the influence of wealthy special interest groups could not overpower the voice of the people.

The voting will take place on the last day of primary U.S. voting, when Massachusetts, Rhode Island, New York and Delaware voters are also being expected to head to polls.

The question is whether Brown’s support will be enough to earn him the seat he so desires.